Google has been quietly testing TV ads over the past few months through its AdWords SEM platform. Basically this involves the ability for advertisers to upload an existing video ad and specify target audiences and ad budget, which is then spun into a television ad campaign.

To do this Google essentially buys the ad inventory, which is then resold to advertisers. This is similar to its print newspaper formula that places ads throughout remnant inventory in print newspapers that Google buys. The difference, however, is that television advertising will be performance based and advertisers will pay for actual impressions counted by the number of times the ad is viewed.

To pull this off, Google has formed relationships with a few cable and satellite providers — in the same way it did with 750 newspapers — and essentially approached them as a large advertiser that will purchase inventory. Given Google’s gravitas and the incremental ad revenues that will come out of this, these cable and satellite companies are playing ball and providing the data on what ad was watched and when. This will start with 94 participating networks in the DISH satellite service.

This could prove attractive to lots of SMBs to advertise on television with less friction, using their existing or new AdWords account. The performance-based nature of it is also more in tune with paid search, and the pay-as-you-go pricing is more attainable for many SMBs. Targeting will initially be available by demographics, geography, TV channel and daypart (see screenshots below). Combined with the growing volume of SMB video that’s being shot, this could be well received by many SMBs.

But one of the issues, as in paid search, is that it relies on self service. Local SMB advertising, as it’s often said, isn’t something that is bought, it’s sold. The awareness and ability to sign up and manage a campaign, though user friendly, will only get so far in the SMB marketplace. So we’ll likely see many third-party resellers and fulfillment firms — just like in search. This will involve resellers that specialize in video, or more likely those that bundle video with existing SEM services.

We’ve already seen the former happen with today’s launch of BuzzSpot from eLocalListing Director of Product Development Steve Espinosa. The company will specialize in managing these campaigns for small businesses, and I had the chance to talk to Steve on Friday about the road map, which I’ll blog in a follow-up post this afternoon. Stay tuned. 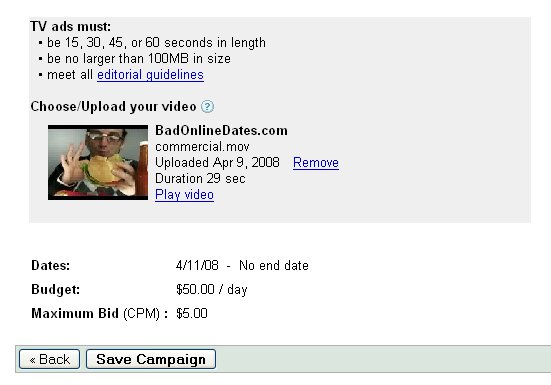 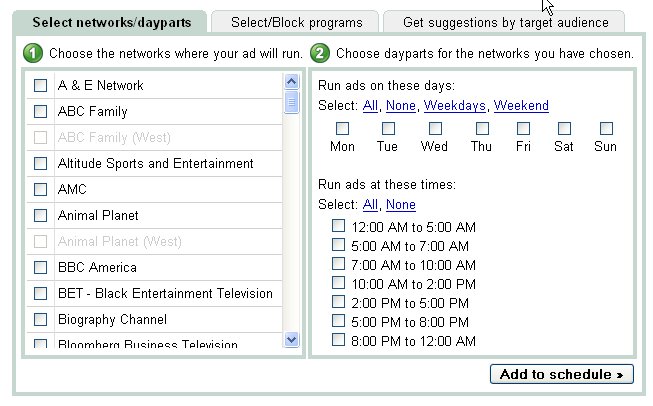 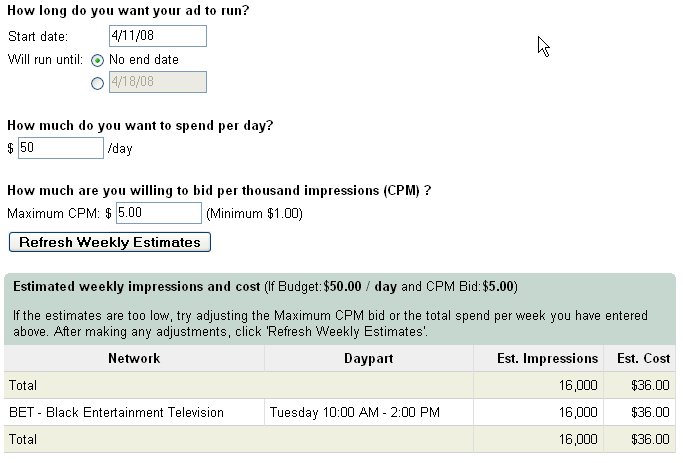