Lately, a portion of iPhone television ads have featured local search applications. The other day we pointed out the UrbanSpoon ad. Now there is an ad for Loopt, the social media app that lets you see where your friends are and what they’re doing (provided that they have the application).

As we’ve voiced our premise that local and mobile are inherently related, the thought is that local search will see a great deal of the product development that is taking off in the mobile world. Location awareness baked into the iPhone and other smartphones will be the key to that functionality.

The interesting thing about Loopt is that it adds a third dimension to the marriage of mobile and local: social networking. This three-way intersection of mobile/social/local is starting to get some traction. It makes sense because seeing where your friends are and what they’re doing has natural ties to local business search (i.e., “Where should we meet up?”).

Meanwhile Loopt has numbers to show for it. It’s currently ranked 20th among popular free iPhone apps, and is being downloaded more than both Facebook and MySpace, according to TechCrunch. In fact, Facebook is ranked 25, and MySpace, 43, despite the cross-promotional advantages they both have over Loopt.

Our past analysis of the mashup of mobile/social/local is here. 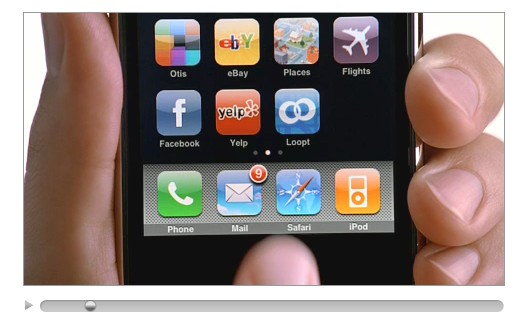