AT&T Interactive, the new division that’s behind the company’s popular YPMobile iPhone application, has added a voice search app to its roster. Called Speak4It, the application allows users to speak local search commands into the phone to receive map-based search results of nearby businesses.

The app currently doesn’t have much AT&T branding and could therefore be an experimental play that will be folded in as a value-added feature to the flagship YPMobile at some point in the future.

Right now it has standard iPhone features such as location awareness and tap to call, but it could also integrate more functionality such as social networking and saving listings to a personalized list. These are all features of YPMobile, suggesting again that there could be some form of integration between the two in the future (my speculation).

The application joins the handful of similar voice search apps launched recently for the iPhone including Google and Vlingo. We expect more to hit the market, as voice search was called out as a big area of upcoming product development in our recent year-end predictions.

Check out the screen shots below and get the app by clicking the following App Store icon (will launch iTunes). 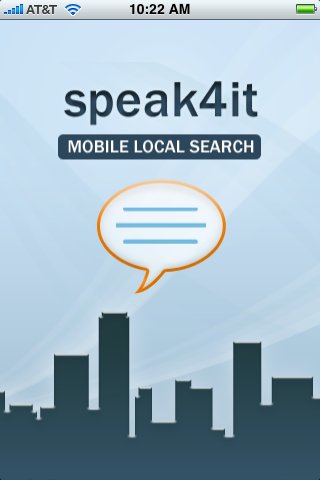 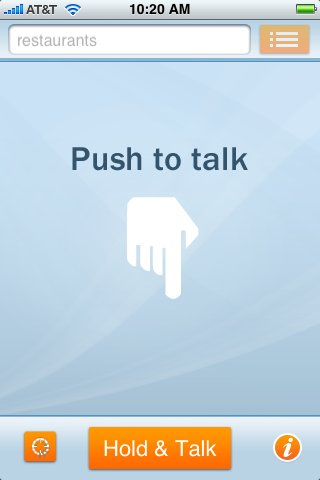 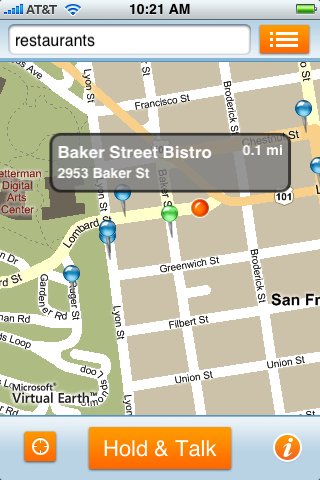 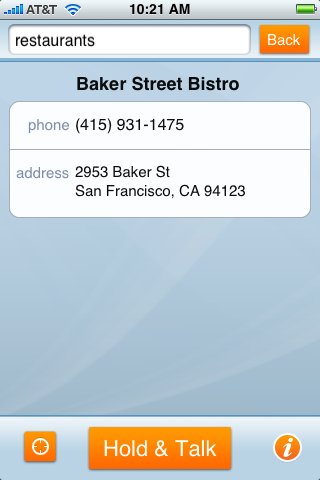