I’m just returning from the Digital Hollywood conference in Santa Monica where I moderated a session on online and mobile marketing analytics (fun stuff). The good news is that there was lots of excitement at the show surrounding evolving user behavior that’s driving shifts from offline to online media, online to mobile, and the interplay between them all.

The bad news is that there’s still a great deal of confusion among advertisers and agencies about how to make sense of them, especially in combination. In other words, moving from impression-based media to those that are capable of much greater levels of interaction leaves them confused about how to measure value.

Some of the transactional or conversion-generating capabilities of mobile, for example, don’t fit into the boxes that agencies check in their media planning processes. The media planning cycle likewise doesn’t allow for the rapid action that’s required for effectiveness in lots of online media such as viral video campaigns.

So the result is like shoving a square peg through a round hole: Online video and mobile marketing campaigns are being discussed in terms of impressions and CPMs. This makes sense for lots of online video and for mobile display ads to a certain extent. But a much greater portion of mobile revenues over the next few years will shift to search. 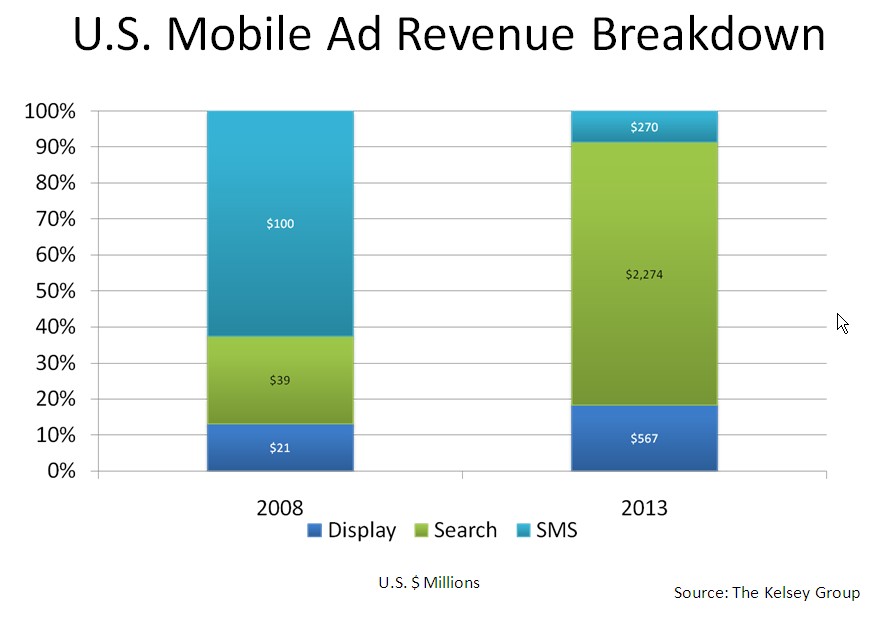 This will require brand advertisers to think about, buy and measure the medium in a whole new way. Maybe it will mean more CPC, maybe more CPA, maybe more pay-per-call (let’s hope not too many more acronyms). But CPM will not be the standard unit of pricing in mobile, and mobile will need a budget of its own (currently comes out of “digital”). Still, CPM is what you hear about most at tech and media conferences.

Some speakers I saw at the conference argued that we need a standard measurement that combines and “dumbs down” the media buying across all these evolving media. That would be nice — and certainly lead to greater advertiser adoption — but probably isn’t going to happen.

That would essentially require focusing on a lowest common denominator that misses out on all the unique capabilities of these platforms. Not to mention that Madison Avenue should evolve rather than the technology devolve. They’re smart people, and they’ve been able to wrap their brains around search engine marketing to a certain degree (mostly outsourced).

Bottom line, there is much more attention paid to branding products than to any concern over whether they actually move off the shelf. In television (and the Internet for that matter), that was fine because the gap between the living room and the store was a matter of miles. Now that we’re dealing with a device whose distance to the store shelf approaches zero, the purchase funnel shrinks considerably. That’s going to require a new way of thinking.