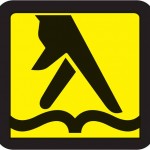 It’s nearing the end of earnings season for the global Yellow Pages industry, and my program, The Kelsey Report, will soon issue a detailed roundup of 2009 results across all the companies that report publicly.

In general, the news has been grim for print Yellow Pages, though some publishers have given faint glimmers of hope that print will stabilize this year, meaning a slowing rate of decline. Others are projecting an accelerating decline.

A recent (unscientific) Kelsey Report online survey of global YP industry insiders suggests that most in the industry see a strong secular component in recent revenue performance. Probably the most telling messages that has come out of some recent conversations I have had with leaders in the industry is that the continuing, if waning, effectiveness of print is an increasingly irrelevant point. The energy it takes to overcome objections to print can be more effectively directed to selling digital or a product bundle that emphasizes digital.

Ironically, I am hearing more and more that print may be necessary to making the bundle effective because it still drives leads, but it is poisonous to the messaging because no one believes it works. I am hearing more and more about strategies that essentially engineer a faster print-to-online shift because the investment story for a company focused on the local online opportunity is so much more compelling than a traditional media story.

So the big question is, does the industry have a viable plan to become a growing, profitable business in a post-print world? And how will organizations need to change to make economic sense in a world where the product mix is substantially different from what it is today?

These are some of the questions we’ll take a whack at in a workshop we’ll be conducting at the Yellow Pages Association’s conference next month in Las Vegas, and in much greater depth at BIA/Kelsey’s Directional Media Strategies conference in Dallas, Sept. 14-16. The workshop at the YPA event is titled, perhaps hopefully, “Built to Last: The new Yellow Pages Organization.”

My colleague Mike Boland will also have a prominent role at the YPA event, moderating a panel on “Monetizing Mobile Yellow Pages,” which is also the topic of an upcoming joint report from BIA/Kelsey’s Mobile Local Media and Kelsey Report advisory services. Mobile is increasingly seen as key to the future of the business, and arguably, because of its inherent emphasis on calls over clicks as the currency of leads, a place where directories have a more level playing field.

Next week I will be traveling to the Association of Directory Publishers meeting in Houston, where I’ll be very interested in talking to smaller market publishers about the environment they are experiencing. At the last ADP event I attended, it was clear the economy had taken a toll on many publishers, but there wasn’t much talk of a secular decline. I’ll be interested in hearing how the mood and message have changed since the last gathering.