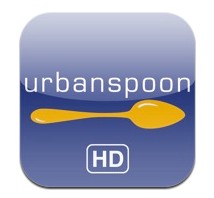 Before there were 185,000 iPhone apps (or an App Store) Urbanspoon was one of our “preseason” picks for favorite app.

It became not only one of the most popular local apps, but also a shining example of a new breed of mobile innovation — going beyond shoving a Web site onto a smaller screen. It was one of the earliest examples of innovating to the hardware (portability, location awareness, touch screen, accelerometer, etc.). This became a formula for many successful apps that followed.

Now Urbanspoon is available for the iPad. Not surprisingly, it carries the same formula of having a feature set that’s fitting to the iPad’s main hardware specs. It carries many of the favorite iPhone version features like the spin wheel, shake to search, and “discovery” elements, but also provides a centralized map that takes advantage of the larger screen.

Though the iPad isn’t as portable as the iPhone and thus not as conducive to on-the-go restaurant discovery, these added big-screen features will give it some “legs.” It will also no doubt see more usage after the 3G iPad is released, when the device itself becomes less tethered and spotted more frequently in the wild.