Bing has seen some solid overall growth since it launched. It continues to accomplish its stated goal of differentiating from the common set of search engine features. And search market share continues to increase.

Its visually oriented nature and feature set within search verticals (like video) are driving these share gains. The company is also trying to have that growth and differentiation carry over into the mobile environment. Microsoft’s Justin Jed has expressed as much during recent conversations.

The latest is the launch of a navigation tool, starting with compatibility on Windows Mobile (6.x) powered devices. It will use voice processing technology from in-house Tellme (solid speech-to-text chops) and include spoken directions. From a blog post today by Jed:

The second feature is turn-by-turn navigation for Windows 6.x phones, powered by Bing Maps. We took advantage of the Microsoft Tellme team’s expertise in voice applications to deliver an amazingly lifelike voice experience for the turn-by-turn navigation. If you have a Windows phones on Sprint, T-Mobile, or AT&T you can use the voice guided navigation.

Now when getting directions with Bing, you’ll see a new “Navigate” button. By selecting it, Bing will calculate your route, and guide you as you drive. You can select the fastest or shortest route, choose to avoid traffic and/or tolls, get a map or a list of directions, and see arrows and hear alerts to know which way to turn next.

This is a good move for the Bing mobile team. It will not only help continue to solidify the brand in the mobile arena, but also boost the appeal of Windows powered phones. This is important in the (relatively) greenfield mobile environment where Google has launched a competing navigation feature on Android devices.

It also has implications that revisit speculation that Apple is eyeing Bing to replace Google’s default mapping position on the iPhone. Direct competition with Google’s mobile navigation makes you think … though I believe Apple will launch its own mapping tool in an ongoing effort to “own” more content and apps on its flagship device.

Back to Bing, this move was coupled with the launch of a new mobile home page, congruent with the above strategies. More details and the full list of compatible devices for navigation are listed on the Bing blog. 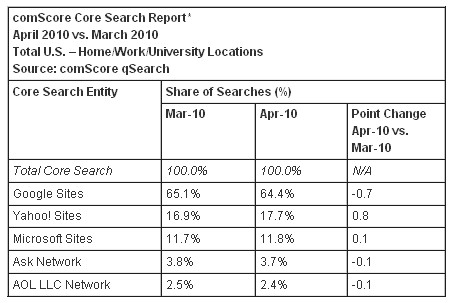