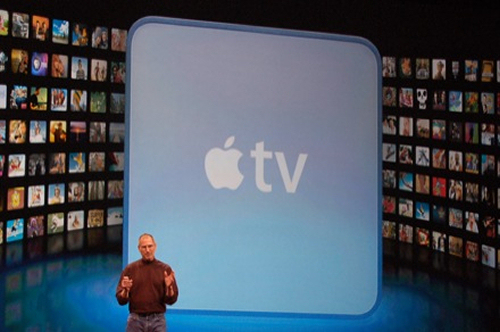 Some speculation (and new details) about Apple’s pending and well-expected reboot of Apple TV found its way last week into The New York Times just before the holiday break. My guess is that the new and obvious name will be iTV and the functionality will mimic other Apple devices running its OS — iPod Touch, iPhone, iBook and iPad.

The time is certainly right for someone to make sense of the TV, which is perhaps the most important information and entertainment device. Just imagine if the next version of Apple TV (a.k.a. the first version of iTV) offered the consumer a user interface as simple and elegant as the iPhone. The iPhone would function as the remote, and we’d do away with the current morass of clickers and remotes that dot the living room landscape.

Of course, Google is not going to sit idle and watch this happen. It is pushing its own Android-like model to counter the much anticipated reboot of Apple TV working with Sony and Intel — two of the most important names in consumer electronics.

And then there’s Microsoft. It would probably like to forget its 1997 acquisition of WebTV for several hundred million dollars. That was 13 years ago — and to date consumers have seen little evidence of the potential of IPTV. Rather, most of us just sit and hope and pray that someone will come along and make the process of watching TV as intuitive and pleasurable as it is to buy and listen to music on iTunes.