As reported over the past 24 hours, mobile local ad network WHERE has announced reaching 1 billion impressions. In the same press release, it announced that 11 percent of clicks on its network result in calls or directions to local merchants.

For those unfamiliar, WHERE launched a mobile local ad network in March that builds on its previous consumer facing strategy of mobile local search apps. The mobile ad network works with publishers that have uniquely local ad inventory (local searches, listings, etc.) to place ads that are highly geotargeted (ZIP code level).

These data are also supportive of WHERE’s move to go from strictly consumer facing local search app to mobile local ad network. In addition to the roughly 3 million users of its own “O&O” mobile properties, it works with about 100 publishers that have allowed it to reach this stratosphere of impressions. These most notably include Pandora and CityGrid properties.

Like Chitika, Xad, Citygrid and others we’ve covered, WHERE continues to announced data points that are supportive of the high-value eCPMs and user engagement that result from this local targeting. This latest batch of data is no exception and we’ll see more. A panel at our upcoming ILM conference will focus directly on this. 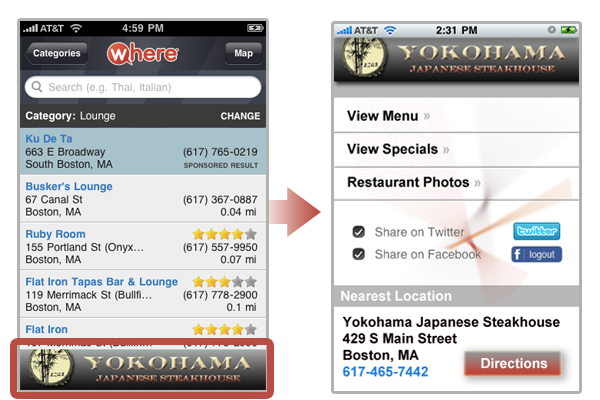