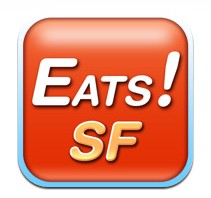 I’ve been using the EveryScape Eats iPhone app for the past few months. It’s one of my favorite mobile local search apps for its ability to let you check out (not to be confused with “check-in”) a restaurant before you get there.

This even beats out Google Street View (a great mobile component to Google mobile maps) in that you can peruse building interiors. This is simply an extension of Everyscape’s longstanding online value proposition, brought to mobile.

But one of the drawbacks was previously that it was only available for EveryScape’s home city of Boston. I would use it while there and recommend it to my friends who live there, but otherwise it didn’t have a lot of utility for me beyond reviewing cool new technology.

Today EveryScape announced that it will bring Eats to three new cities (and many more to come), including my home city of San Francisco. There are also lots of tech writers and influencers here in San Francisco, so this could be a good PR move among other things.

As part of this release, the company is also launching its SDK that will let others build interesting mobile local apps using its immersive 3D visualization technology. Again, its edge here is interior imagery (though Google is also moving in that direction).

This should produce some cool third-party apps and further push the technology into the market — another good PR move in addition to a growth driver for the technology itself.

The main points of the announcement, lifted straight from the press release, are below.

— In a major strategic move, EveryScape is introducing a new approach to immersive search and advertising through interactive marketing opportunities for local businesses.

— Today’s announcement debuts the approach through mobile, which will be followed by additional channel announcements in the coming months.

— Beginning today, the EveryScape Eats! application for iPhone and iPad will enable people to use a mobile device to “walk around” and explore restaurants as if they were there in person. In short, it creates a new level of engagement for consumers with local businesses by replicating the real-world experience.

— The EveryScape Mobile SDK is also available as a private Beta release starting today for select iPhone and iPad developers. To be considered for the Beta, email iphonesdk@everyscape.com. EveryScape plans support for additional platforms in the coming year.

— EveryScape Eats! was initially tested in Boston, and EveryScape is rolling out the application nationally with city-by-city launches. Seattle, San Francisco and SoHo go live today on the iTunes app store, with plans for additional cities, including New York City, Los Angeles, Chicago and Washington D.C. in the coming six months.

— EveryScape invented the technology that is the basis of EveryScape Eats!, which transforms a few snapshots of a local business into an immersive online presence. Each restaurant’s immersive ad is customizable and includes information such as reviews, menus, cuisine type and ratings.

— EveryScape Eats! is available free of charge through the iTunes app store and at www.EveryScapeEats.com.

— Key features include the ability to search restaurants through visual thumbnails, find nearby restaurants using geolocation, narrow selections based on price or rating and share via social networks.

More can be seen in the promo video below.

Related: I mentioned good PR a few times above. On a related note, I read a lot of press releases and this is the best I’ve seen in a while. More facts and bullets … less verbose marketing speak and run-on sentences. Well done.