Many of you have heard by now that Google has launched a social “layer” onto local search with the new Hotpot feature.

— Rate and review local businesses.
— Add friends from Google contacts (based on Gmail contacts).
— Both of the above points will govern the recommended places that surface in local search results.
— Friends and ratings can be added via new online Hotpot app.
— Hotpot can also be accessed via Google Maps on Android handsets (other platforms?).

This reminds us in some ways of Bing’s social search moves and partnership with Facebook to surface search results that are relevant to you and your friends. It’s also not terribly new for Google, having done a version of this for years with Personal Search (when signed in to GMail).

The difference here is that you’ll be able to more actively add friends and contacts. Those friends and their recommendations then become part of your local search experience. Recommendations will surface in local results and also reside within Place pages. 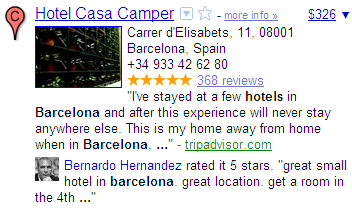 Google has famously dropped the ball with all things social (Orkut, Buzz, Wave). Facebook CEO Mark Zuckerberg, in protecting core territory, has stated publicly that this is because of Google’s strategy: Social has to be deeply infused to work; it can’t be bolted on as a layer.

Still, we think this could “work” for Google because the value proposition is clear (unlike Buzz and Wave). Recommendations make sense at the local level and add clear value. Mix in Google’s reach and local search market share, and it could be a winning formula.

But more than anyone else, this competes with Yelp. In other words, Hotpot will vie for the finite consumer time and mindshare available for local ratings and reviews. That goes for both creating reviews and having a go-to place to read them.

One gating factor for Hotpot could be the manual process of adding friends and rating businesses. It’s these actions that will be the basis for recommendations, and Hotpot will only be as good as the content it has to work with. But automatically prepopulating friends also isn’t a good idea (see: Buzz).

Look for Hotpot to shine in mobile where Google is considerably boosting local search efforts and investment — and where users are more likely to share and access local recommendations. The fusion of mobile, local and social have also proved to ignite consumer appeal.

This looks to be a version of that combo that could have staying power. This is boosted by, again, Google’s reach, which is tantamount to network effect. There will be much more to say about this as it rolls out and sees traction and market reaction. 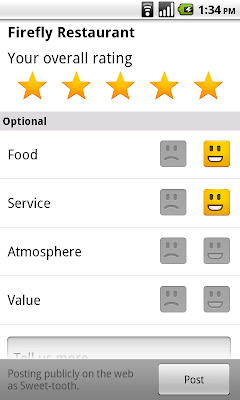 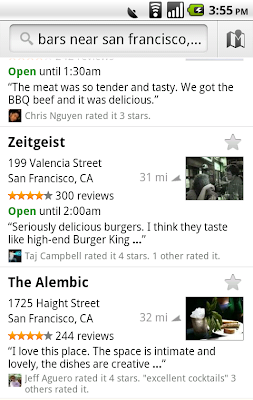