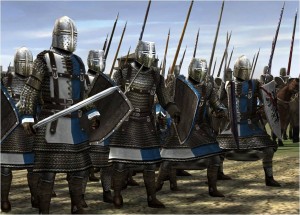 We’ve been starting to see the signs of recovery for the past few months. Companies that have been cutting costs and back office expenses are now realizing they need to get the sales end of their businesses moving again. Throughout the recession, salespeople who could at one time demand higher base salaries, fringe benefits, signing bonuses and vacation time suddenly found themselves under-employed, unemployed or struggling to find a better job. Many simply hunkered down and accepted lower pay and scaled back commission structures because they did not want to be searching for a job in a down economy. Employers that were hiring salespeople suddenly found themselves in a favorable position with more prospects in the past 12 to 18 months than ever before.

Now we find ourselves in 2011 with all of the economic signs pointing to a slow recovery. Our view is that the need for new salespeople or people with enhanced skills will begin to ramp up much like we saw prior to the economic downturn. A recent Sales Gravy survey indicated “75 percent of sales companies plan to increase their sales force and 23 percent plan to maintain their headcount.” Having worked for a media sales company myself, these figures indicate that through attrition and salespeople trading up to larger or more attractive sales organizations, there is a battle brewing for qualified salespeople. It is unrealistic to think attrition won’t increase in a strengthening economy.

Another trend continuing to heat up the battle is the move away from transactional single product selling to consultative multiproduct selling with a focus on online and mobile products. As more local media companies seek to move toward multiproduct portfolios filled with digital products, they will inevitably be seeking the same types of prospects in their hiring process. Salespeople who understand how to integrate traditional media with online and mobile media continue to be highly sought after, leading to a shallow pool of candidates who can and will demand higher salaries and benefits. According to the SalesGravy survey, “77 percent of media companies surveyed expressed moderate to significant concern about the availability of sales talent to meet their hiring needs.”

We recently spoke with Robert Hawthorne of Hawthorne Executive Search, a firm specializing in media sales and sales management recruitment, about this subject and he relayed some additional challenges looming for sales recruiters. “With the elimination of relocation benefits, it’s extremely difficult for candidates to sell their homes quickly and move to a new location,” pointed out Hawthorne. “With home values slipping, many candidates are locked into their local area for jobs, which further shrinks the labor pool.”

Hawthorne is also seeing that “candidates who weathered the economic storm are starting to see the advantage of exploring the marketplace creating unexpected turnover in media sales teams.” One new challenge in the hiring battle is that online and mobile companies are moving toward creating their own sales teams rather than relying on partner organizations, thus creating increased demand rather than just replacement hiring. “The increase in new products and the opening up of new markets is creating new demand for sales talent and putting pressure on legacy sales companies,” Hawthorne said.

Those sales organizations that have not increased their investment in recruiting and training or retooled their hiring process and candidate profiles, or have relied on front line sales managers to make hiring decisions, could find the battle even tougher. Traditional media companies in particular may be even more challenged by what Hawthorne describes as the three Cs, “You aren’t cool, you don’t offer enough compensation, or you can’t help the career climb.”

Media companies that are perceived as “hot” will have the advantage including online and mobile media companies that have traditionally been more aggressive in leveraging their “cool factor” and compensation models to steal or win talent. Hawthorne believes “that local media is still a good bet for salespeople because the unemployment rate in this sector is relatively low and the products being sold are from recognizable brands.”

BIA/Kelsey has been investing time and resources in understanding how this battle will play out. In the coming weeks, we will be releasing an Advisory on this topic as well as offering continuing coverage of new approaches and success stories from traditional, online and mobile media companies. We welcome feedback and case studies from our readers, which may be featured on our Local Media blog.