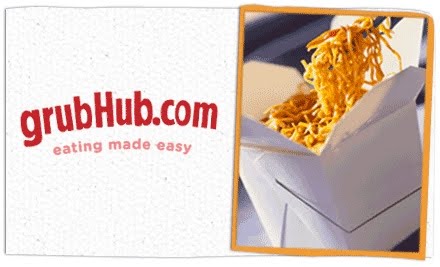 With 300,000 delivery and takeout restaurants in the U.S., the online food ordering space is definitely heating up, with New York Magazine’s MenuPages launching in many markets, and allmenus.com still playing (although with leadership changes).

Now coming on strong is Chicago-based GrubHub,which has just announced a new round of $20 million in Series D funding from DAG Ventures and Benchmark Capital. The company, which launched in 2004, has now raised $34 million in total.

The 100-employee company now provides free listings for 13,000 restaurants. Of those, 5,000 have been successfully upsold to paid online ordering and marketing services. Roughly half are in New York, with others in Boston, Chicago, Los Angeles, New York, Philadelphia, San Diego, San Francisco and Washington, D.C. Service has recently been added to Oakland, Portland, Seattle, Denver and Boulder.

By June, the service expects to list 80,000 restaurants. And by the end of the year, it expects to grow from its current count of 13 markets to 26 markets. GrubHub expects to see revenues of more than $16 million in 2011, or roughly double the $8.3 million it earned in 2010. The employee count is also expected to double.

Mobile is a key element in its growth. Users can see which restaurants are nearby using either its iPhone or Android platforms. It comprised 10 percent of sales at the end of 2010 — or $7 million. That rate should also double during 2011. GrubHub also notes that the average customer uses the service at least 10 times a month, and 91 percent have used the system to try out a new restaurant.