Jordan Muela pointed out a new Google Social Search feature showing up in the SERPs. As you can see from the screenshot Google appears to be asking searchers to link their Twitter profile to their Google profile by encouraging discovery of friends’ comments in the SERPs. 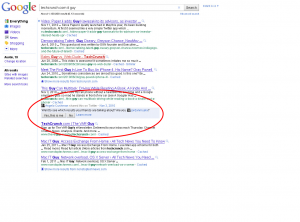 According to Aaron Wall of SEOBook, this is Google’s way to “be social” without having to build a network.

It has been reported that Google will not be approaching social with “big” product announcements, but rather will gradually integrate it as a “layer” into its services. This appears to be a step in that direction.