LivingSocial stepped up to the plate Thursday with the ultimate daily deal. On the blog this week, Peter tells us that for every $5 donated for Japan Relief to the U.S. Red Cross, LivingSocial will match it.

Social dominated much of the news this week. I looked at how Google slowly continues to reveal its social search strategy, while Jed summarized Google’s Marissa Mayer’s keynote at South By Southwest (SXSE), the focus on Hotpot.

Jed wrapped up our continuous coverage of SXSW from the check-ins to the daily deals and how Twitter continues to save broadcast TV. (What a week.) Wait, there’s more. Mike told us about the mobile and social scene at ILM East, and Peter dealt us the details on Yellowbook’s Pat Marshall.

Here’s what we uncovered this week out there in the socialsphere:

Nobody Ever Gets Fired for Hiring Gilbert Gottfried
What happens when word come across on Twitter or Facebook as “tasteless, inappropriate and insensitive”? Aflac and Chrysler Group struggled to answer that question this week, according to Stuart Elliott. He tells us one expert calls it the “amplified effect” of social media and provides insight on what to do if it happens to you.

Social Media Invigorates Consumer Advocacy
Jeremy Heimans of Purpose.com talks about how to use social media tools to shift the balance of marketing power away from consumer consumption toward consumer advocacy and activism.

How SMBs Can Grow Their Twitter Followers
Sam Murray provides some nice actionable advice on how to local businesses can use Twitter.

Ever Wonder Why Nobody Likes You?
Matt McGee recommends you take a good look in the mirror and examine Why Fans Stop Liking You & Following You on Facebook & Twitter.

Gowalla: Direct Sales or Awareness
Christopher Heine caught up with Gowalla Business Development Director Andy Ellwood at South By Southwest to get an update on services. In the video, Ellwood talks about whether geosocial for brands should be used as a direct sales or brand awareness tool.

Groupon Shops IPO, Value $25 Billion?
Bloomberg’s Douglas MacMilan reports Groupon has held talks about an initial public offering with banks, shopping around for as much as $25 billion. Is the tech-related advertising industry headed for a big fat bubble? 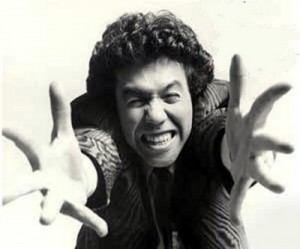 “Observe everything I do and do the opposite”