A panel I moderated at Mediabistro’s Socialize conference in NYC espoused the virtues of innovating mobile products with realities of the technology in mind.

Similar to a theme at last week’s ILM East conference, this includes developing features at the intersection of mobile local & social (SoLoMo). Vivian Rosenthal, CEO of Goldrun is very much doing this with a combination of local discovery, augmented reality and game mechanics (more on that soon).

An admittedly less sexy but equally important reality in mobile was raised by Chris Tolles, CEO of Topix, which has been quietly ramping up its mobile Web traffic. Topix is of course a longtime leader in hyperlocal news and discussion forums (the “Lo” and “So”), but is now bringing in the third element, mobile.

Specifically, most Topix users are rural and suburban, outside the coastal hotbeds of mobile technology where most of us geek out over advanced iPhone features. Tolles reports that it has high concentrations of users in the Southwest.

With that reality, the company has optimized its pages for the simplicity of mobile Web access on smartphone and feature phone alike. With this strategy, it has experienced quite a ramp-up in mobile Web traffic, which now stands at 1.3 million page views. 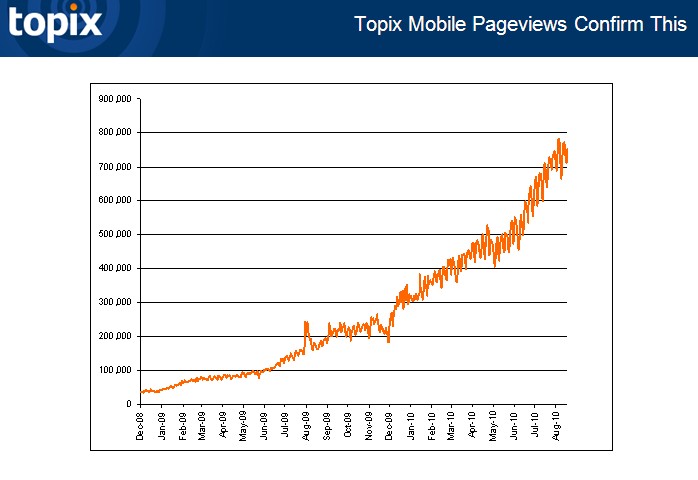 This is on pace with the natural growth of the mobile Web, illustrated by Mary Meeker’s famous slide that mobile Web users will surpass desktop web users by 2014. But like EDSA’s Carey Bunks’ earlier comments to us, additional optimization can go a long way in boosting traffic.

Also like Bunks (and our ongoing theme about device realities), Tolles supports building Web pages that aren’t too dressed up. This includes things like flash — not only unreadable by the iPhone but it can render incorrectly or be a bandwidth hog on other devices.

“How many of you have websites that have flash filled home pages?” he asked the audience. “Some agency built websites have a terrabyte of rich media on the home page.”

Though tongue in cheek, the serious takeaway is that it’s hard enough to deal with that on the PC, much less mobile. It’s a feature creep, square peg/round hole situation that we have to get past, as — per Meeker slide — a majority of users will access pages via mobile.

Additionally, as is sometimes our M.O. on this blog, Tolles provided lots of good data on boosting ad relevance (and performance) with local targeting. That not only goes for ad placement but locally relevant ad copy and calls to action. 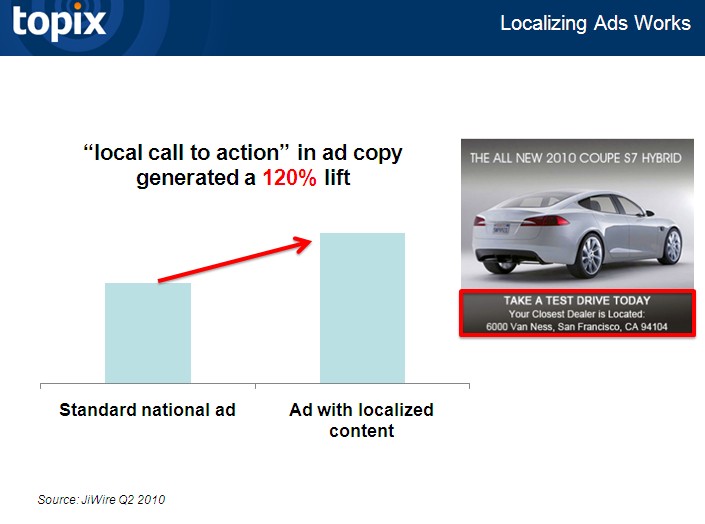