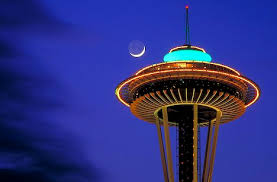 Earlier this week, we reported that the Yellow Pages industry suffered a setback as a Seattle District Court judge denied a request for an injunction against Seattle’s opt-out ordinance. Yellow Pages publishers responded today by filing a notice of appeal. The publishers requested that the District Court temporarily stay the ordinance until the U.S. Court of Appeals for the 9th Circuit in San Francisco has an opportunity to review the appeal.

We reported on the City of Seattle’s launch of its own opt-out site earlier this month. Industry feedback soon followed. “Seattle residents continue to be misled by their own elected officials — namely if they believe that the city’s site will protect their privacy when removing themselves from Yellow Pages delivery lists, they will be sadly mistaken,” said Larry Angove, president and CEO of the Association of Directory Publishers, in a press release. The ADP partnered with the Local Search Association to develop the industry’s own opt-out site.

Seattle Councilmember Mike O’Brien disagrees with the sentiments about the city’s site and adds that industry efforts to self-regulate are not very effective. For example, O’Brien cites an incident where he and a staff member both opted out of phone book delivery last year but received books anyway. As a result, O’Brien saw the need for a city opt-out site.

During the site’s first five days of operation, O’Brien says 15,000 households opted out. However, the LSA notes that the city failed to distinguish whether those requests to stop delivery were new or duplicate ones from residents who already opted out through the industry’s site.

O’Brien said Seattle will launch an “aggressive” summer campaign to get consumers involved. The city will work with mailers, print media and uphold the requirement that all phone books prominently display opt-out info on the cover. Furthermore, the campaign will be translated into different languages to reflect the diverse local community.

For its part, the LSA has also formed a Sustainability Committee to establish new benchmarks for the industry.