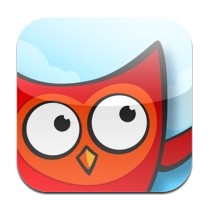 A few weeks ago, Peter Krasilovsky and I were pre-briefed by Meporter, a mobile local UGC news app that just launched at TechCrunch Disrupt.

Led by 7Mainstreet founders Andy and Ron Leff (father/son team), the app lets users read or contribute breaking news happening nearby. It’s built on map and list views, as well as nice features like walking directions from current location to a news story.

The experience is further dressed up by check-ins, rewards and “press passes” (sort of like badges), and social features. But the main takeaway is that it’s built for mobile including multimedia, location awareness and the untethered access to local news.

The company hopes this will differentiate it in an area where many local online players have failed, including hyperlocal destinations like Backfence. And there are others still doing different shades of community reporting such as Topix and Outside.in.

But Meporter aims to utilize the media-capturing capabilities of increasingly ubiquitous smartphones. The timing is further supported by the recent surge in demand for social sharing media like pictures (Instagram) and music (Soundtracking).

Stepping back further, reporting one’s status or surrounding events has clearly been mainstreamed by the likes of Twitter and Facebook. But that advantage comes with an equal challenge — getting people to use Meporter instead of Twitter.

People are already doing this on Twitter, but in a shorter and less media rich format. The question is whether mobile is more conducive to that shorter form, or if demand is evolving toward media-rich and long-form content. Meporter is banking on the latter.

The company will monetize with sponsored stories (top placement), advertising, and sponsored badges and prizes. Forbes, for example, will give away subscriptions for users that post 10 stories. Other sponsors include The Vans Warped tour and Willie Nelson’s tour.

Revenues will also come from publisher syndication deals for hyperlocal news, according to Andy Leff. For more, check out the company’s TC Disrupt pitch yesterday here, and you can download the free iPhone app here.