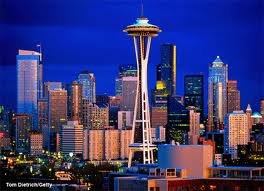 A federal judge upheld Seattle’s opt-out registry this week for residents who choose not to receive Yellow Pages. U.S. District Court Judge James L. Robart said the city’s opt-out ordinance does not violate the Yellow Pages publishers’ First Amendment rights. He also ruled that the benefits to the city of Seattle in waste reduction, resident privacy and cost recovery outweighed any burdens placed on the publisher’s interstate commerce rights.

We reported on the bill’s initial passing last October. The Yellow Pages industry challenged the constitutionality of the legislation a month later. The city modified the ordinance last February to eliminate a delivery fee, but its efforts did not deter YP’s lawsuit.

After the industry failed to win a restraining order from a U.S. District Court, the opt-out ordinance moved forward. Since the city launched its own opt-out website last month, more than 35,000 households have opted out of receiving phone books, according to Seattle Public Utilities.