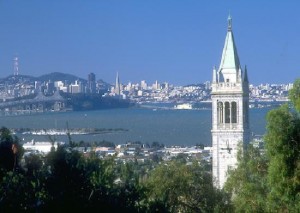 The Berkeley City Council passed a two-part bill this week to expand a phone-book opt-out program in California. The bill passed in two parts. The first segment of the bill, which asked the city manager to write to AT&T for compliance with the opt-out program, was passed last week.

The second segment, which asked the city manager to recommend that Alameda County StopWaste.org design a program similiar to the city of Seattle’s, passed this week. Before a vote on the second segment took place, Jason Hamm, general counsel for Valley Yellow Pages said, “The Yellow Pages industry is in litigation with the city of Seattle over the constitutionality of that ordinance.”

Here is a full recap of the Seattle initial opt-out ordinance, which passed last fall. After losing its bid for a preliminary injunction, the industry received more sympathetic feedback from an appellate panel of judges in July after filing for emergency relief.

San Francisco passed an opt-in ordinance back in May of this year. In June, the Yellow Pages industry fought back by filing a lawsuit to challenge the decision. Earlier this month, we reported that the industry, led by the Local Search Association, filed a motion for a preliminary injunction to prevent the ordinance from taking effect.