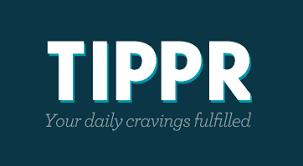 Tippr’s efforts to use patents that it had acquired to help persuade deals companies into forming partnerships appears to be over, at least for now. A federal patent lawsuit it brought in February against 14 companies — mostly competing white-label deals providers — has ground to a halt, with all actions settled or dismissed by mid-September.

Named in the suit were a “who’s who” of the white-label space, including such players as BuyWithMe, Local Offer Network, Second Street Media, Nimble Commerce, Analog Analytics, DealOn (ReachDeals), HomeRun, Chompon, Shoutback, Deal Co-op, Offer Foundry, OwnLocal and others. Industry leaders Groupon and LivingSocial were not directly named in the suit, although Groupon has acquired Offer Foundry since the suit began.

There isn’t a lot of information available on the lawsuit, and it is not clear if the patent strategy persuaded any of the 14 companies to provide Tippr with cash, equity or any form of partnership. Tippr itself pronounced itself satisfied with the confidential terms. An industry blog, XConomy, cited sources that said Tippr had been seeking 4 percent of gross revenues.

“My objective with the patents has always been to enable innovation and to get an ecosystem enabled with the leading technology,” said CEO Martin Tobias in an email to BIA/Kelsey. “Our settlements enable us and the industry to move forward in a very positive way. We are very happy to be able to focus on building a great social commerce ecosystem along with our partners and publishers.”

Tippr had acquired the batch of deals-related patents last February. The patents were originally issued to deals pioneer Mercata, and then sold in bankruptcy court to Paul Allen’s Vulcan Ventures. The patents largely related to dynamic pricing, in which deals become progressively cheaper as they reach a threshold of buyers. While not widely used, HomeRun, for instance, ran dynamic pricing auctions for its “avalanche” branded deals. HomeRun was sold a few weeks ago to Reardon Commerce, reportedly for $87 million in cash and stock.

In our conversations around the industry, the common observation was that it was going to be an expensive and long ride for Tippr to continue to seek legal enforcement of its patents. There was also no guarantee of a positive result for the company. The patents don’t overtly relate to many of the deals companies, which mostly focus on straight-ahead group buying.

Meanwhile, Tippr apparently continues to pursue its dual strategy of developing destination deal sites in 17 markets, along with white-label partnerships with media companies such as Belo, NBC, Fox, Hearst, Univision and others. It works with roughly 60 traditional media companies. The company also reports 1,200 affiliates, which earn a commission of up to 15 percent for featuring Tippr deals.