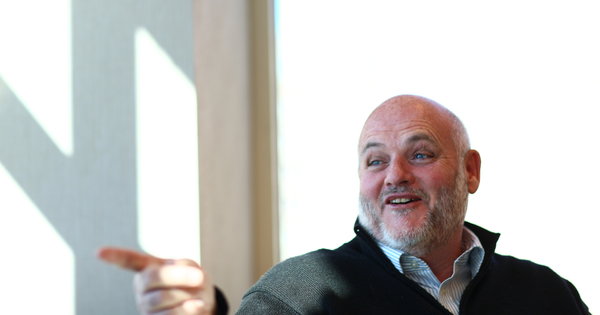 For newspapers, the 1/3 circulation/1/3 display/1/3 classifieds revenue model of the print days hasn’t made the transition to online, and there doesn’t seem to be enough time to right the ocean liner. But as a local media channel, newspapers have been written off before their time. Newspapers, of course, remain the single largest source of local content. As analysts, we like them as a giant laboratory for online services, with hundreds of different tests in different markets.

David Carr’s must-read Sunday profile on MediaNews Group and Journal Register Co. CEO John Paton in The New York Times showcases an industry executive as “change agent.” The profile of the ILM West Dual Keynoter (along with Deseret Media CEO Clark Gilbert) shows Paton on a mission to capture the best of the newspaper model that still works, and to abandon what does not. In his first year at Journal Register, notes Carr, Paton’s efforts boosted digital revenues by more than 200 percent.

It helps that Paton hasn’t always been an ink-stained wretch (that’s what we used to call industry people). While he started in newspapers, he also worked as the leader of Canoe.com, a large news site, during the first dot-com bubble, and then invested in Hispanic media, buying El Diario La Prensa in New York and other Spanish-language properties, eventually forming (and running) impreMedia in 2003.

“Mr. Paton has become something of a darling among media thinkers for putting his business where his rhetoric is,” notes Carr. “He issued Flip cameras to all the reporters at Journal Register papers, helped create a newsroom cafe that’s open to the community in Torrington, Conn., and has been pushing to dump ancient proprietary newsroom software in favor of free, Web-based publishing tools. He has financed a lab to foster employee innovation, and the company has formed partnerships with a number of Web companies to provide news and information.”

As Carr notes, what began as a tidy little experiment has become perhaps the single biggest bet in the whole newspaper business: “The Journal Register and MediaNews are now in 18 states, with over 800 print and digital products, with revenue of over $1.4 billion and 10,000 employees. The second-largest newspaper chain in America is now being run by someone who thinks that print is, if not exactly dead, dying a lot faster than anyone thought. “

Carr also note that Paton isn’t talking to himself, having added sharp-tongued new media advocates (and newspaper critics) such as Emily Bell, Jeff Jarvis and Jay Rosen to an advisory board.

“Mr. Paton hears all sorts of clocks ticking. His newspapers are mostly owned by hedge funds and investment banks, which are not known for patience, and part of the reason that the percentage of digital revenue is rising so fast is that the print revenue that it is compared with is dropping so precipitously,” notes Carr. ”Although he is something of an evangelist, he says he is also a pragmatist.”

We’re honored that John Paton and Clark Gilbert are doing back to back keynotes at ILM West, which takes places Dec. 12-14 in San Francisco. You can register here.