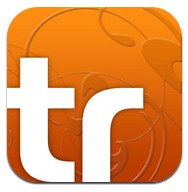 In an effort to get “back in the game” for briefings with interesting mobile start-ups, this week I had the chance to catch up with Trover cofounder and CEO Jason Karas about some new features.

If you haven’t heard of it yet, Trover is a local discovery app built around geotagged images. It was founded by Karas, Andrew Coldham, and Expedia (and Zillow) founder Rich Barton. Backing comes from General Catalyst, Ignition and Benchmark Capital.

The app falls in line with the social sharing trend that has caught fire lately with apps like Instagram and Soundtracking (see our 2012 predictions). Like Instagram, it puts photos at the center, but is less of an artistic tool and more for local discovery, says Karas.

It’s also a differentiated experience when compared with the sea of listings or map-based local search apps. The interface is images, ranked by proximity to anyone who opens the app. Conversely, images are automatically geotagged when taken and uploaded.

Interestingly, Trover has decided to tag content around lat/long readings, instead of by merchant listings (a la Foursquare, Yelp, etc.). This opens up the use case considerably, he says, for tagging things like public art, or any items of interest not tied to, say, a Starbucks.

Its newest function launches today to boost its utility. It will be a “list” feature, meant to bring the entertainment and discovery aspects one step further in letting you save items. Karas agreed that this could lead to push alerts when near saved items or locales, a la Foursquare Radar.

Longer term, as the company continues to build these functions and monitor their usage, it will be in a better position to use the data to deliver relevant content. According to Karas, this could be the basis for how it develops a revenue model.

“As we grow, so does our ability to serve awesome content,” he says. “Some of that could be sponsored content: If you’re a wine lover, it’s a natural extension to hear about nearby events or venues that feature wine.”