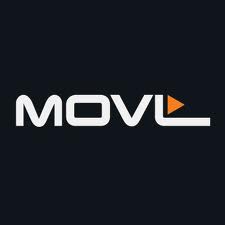 Now Movl is working on a program called Direct Connect, which adds to the existing Connect service and is designed to work with both the Wi-Fi and 3G capabilities of mobile devices. Movl explained the program would have the capability to tap into a smartphone’s built-in accelerometer to use the phone as a game controller. The business model is ad-supported or paid ($30/month) for Direct Connect with a free trial available for developers.

The app maker is also experimenting with a multiscreen, interactive ad platform and Kontrol TV, which will offer shortcuts for users to find multiple TV apps from the same app — including channel apps, trends, tweets, and other social media references related to TV shows. The company projects a May launch of Kontrol TV.

Last month, Movl announced a new app called SwipeIt, which works on Android phones and Samsung TVs (and is technically owned by Samsung), allowing users to “swipe” content from their phones and have it appear on their TV screens. Early last year, Movl’s WeDraw app won $200,000 as part of Samsung’s Smart TV apps competition.