Google made up 66.5 percent of the U.S. market share in explicit core search in April, a 0.1 percentage point rise from the previous month, according to comScore’s qSearch analysis. Microsoft came in second at 15.4 percent and Yahoo rounded out the top 3 at 13.5 percent, slipping 0.2 percentage points. 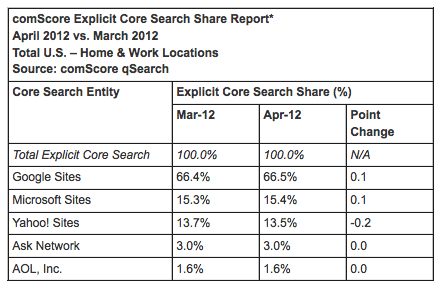 ComScore excludes contextual searches from core search since they do not reflect user intent. Out of the 17.1 billion core searches Americans conducted in April, Google sites ranked first at 11.4 billion. Microsoft sites ranked second at 2.6 billion followed by Yahoo at 2.3 billion. 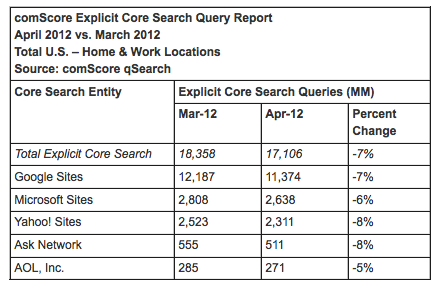