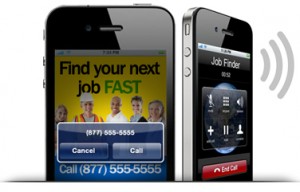 I had the opportunity to speak with the CEO of San Francisco-based Moolah Media, Shawn Scheuer, about their focused approach to driving leads via mobile ads, landing pages and content. Moolah Media has pioneered a mobile ad platform with the single minded goal of driving calls, interactive SMS texts, and web forms such as requests for appointments or installations — all of which covert at a much higher rate than clicks.

Moolah Media was founded in 2010 and has grown into a top mobile lead generation company. The core of the Moolah platform is a Real Time Buying platform coupled with a call tracking and analytics platform to quickly deliver and track high quality leads. The core of their customer base is currently national brands seeking to drive local traffic or local leads. In order to drive significant quality traffic, calls and actions, Moolah utilizes its creative team to work with advertisers to create targeted landing pages and mobile ad content that will generate the volume and quality of leads advertisers are seeking. Rather than just capture the click from an ad, prospects are taken to a more detailed landing page allowing them to quickly connect with the advertiser. Utilizing landing pages also allows the ad platform to serve the page in appropriate formats to be viewed on specific smartphones and browsers which increases the ability to keep prospects on the landing page.

Moolah has also created its own ad network of high quality publisher sites to ensure its advertiser sites are placed alongside high quality content. Coupling their ad network with its own call tracking platform, Moolah Media is able to serve dynamic phone numbers to match each creative offering on individual mobile sites so leads and impressions can be accurately tracked back to the source. “We handle between 100 and 150 thousand call leads per month,” says Shawn Scheuer, “with the capacity to handle many more depending upon the demands of our brand and local advertisers.” Having both traffic data and call analytics capabilities allows Moolah Media to offer more accurate testing of messages and placements to understand what converts at a higher rate or delivers the highest quality audience.

Combining targeted impressions with calls has also allowed Moolah Media to capture higher paying cost per lead revenues. For example, a satellite TV company might pay in the range of $7-10 for a phone call, but will pay exponentially more for a scheduled installation or in-home consultation since this type of lead has a much higher conversion rate because of the commitment of the prospect. While calls are at the core of their approach, Moolah Media also provides advertiser value by delivering sign-ups, registrations, and mobile numbers via interactive SMS campaigns.

Moolah Media also works in conjunction with publishers helping them monetize their inventory, reducing the need to sell off remnant space, and helping sites keep 100 percent of their mobile space filled. Because the platform churns a large number of campaigns and advertisers, they are able to extract valuable data for publishers to help further refine campaigns, create audience groupings and track performance by device type, carrier, location and other real time criteria. Publishers value the ability to map leads and sync them to audience behaviors and trends which help increase their ability to charge premiums rates for leads as opposed to lower cost per click rates on other sites. 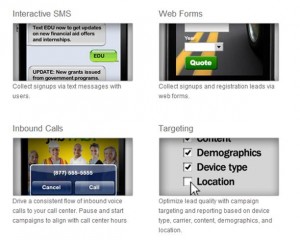 “While other mobile platforms can generate a high volume of mobile clicks, we focus on generating high quality leads that tend to convert at a higher rate,” says Shawn Sauer. While it is still early days in the mobile ad space, the power and immediacy of calls on the mobile handset is what we view as the real game-changer and differentiator between the desktop and the mobile ad environment. BIA/Kelsey estimates that as much as $68.4 million of locally targeted advertising will be spent on generating calls in 2012. With as much as 30 percent of search traffic being generated on the mobile handset, advertisers and publishers are actively seeking ways to monetize this traffic and develop new business cost per action models to capture call-based advertising revenues. Moolah Media is laser focused on addressing and attacking this need.