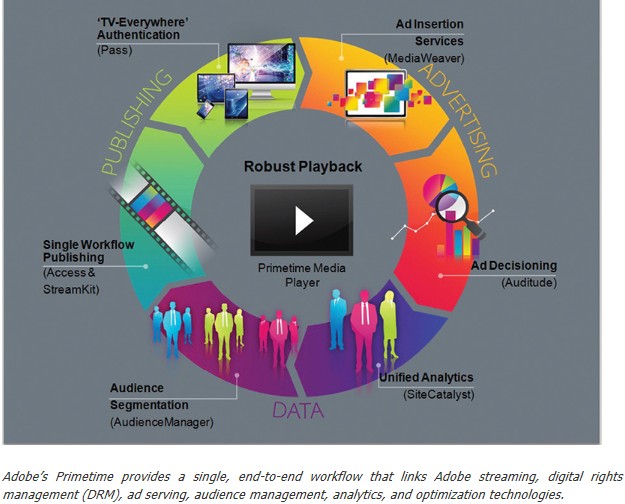 As I argued in a recent TV Technology article, “It’s inescapable that today’s video consumer expects cross-platform access to content. If that’s where the audience and advertisers are, then broadcasters need to be there, as well. What broadcasters need to do is create a positive experience for their audiences and advertisers as seamlessly as possible, cross-platform.”

Consumers love their video, consuming 34 hours in front of TV sets (including DVD, cable, broadcast, satellite, video on demand, video games and streaming) and another 5 hours in front of other screens including PCs, tablets and smartphones during 2Q2012 according to Nielsen’s recent cross-platform video report issued last month. As agile and powerful as networks and technologies such as 4G, WiFi, cloud storage, edge servers, tablet and mobile computing devices and smartphones become – the lion’s of the video consumers watch is not available beyond the television set. Why not? It turns out that serious business models are at stake. Initiatives such as Adobe’s Project Primetime are targeting this dysfunctional aspect (from the consumer’s perspective at least) with end-to-end workflow products that would allow most of what people watch – network and local broadcast television – to be present on their mobile, tablet and PC screens.

The TV Everywhere initiative by the cable and satellite industry has been underway for several years but trips over issues like subscriber authentication; ability to sell the same content over different distribution channels and audience measurement to support advertising sales. One goal of the initiative by broadcasters is to combat “cord cutters” and loss of audience to “Over The Top” video services (i.e., streaming video not tied to any network’s video subscriptions) like Hulu or Netflix.

The Adobe Primetime Project is another technology targeting a market breakdown, making it easier for willing cable and broadcast channels serving up that weekly average of 34 hours of content to share that content across networks and devices. Slow as the roll-out is by national cable and broadcast networks, it is nearly non-existent at the local level.

Local cable operators and broadcast television stations would do well to bear in mind four key marketing utility functions: Place, Form, Time and Possession. The theory is that these four functions largely driven the ability to set prices depending on their relative value to consumers. Creating value along all four utility dimensions drives incremental pricing power. Another way of describing these utilities is the by now fairly cliched, video served “anytime, anywhere, any place, on any device.” Cliche or not, it works in the market. Or it’s trying to. 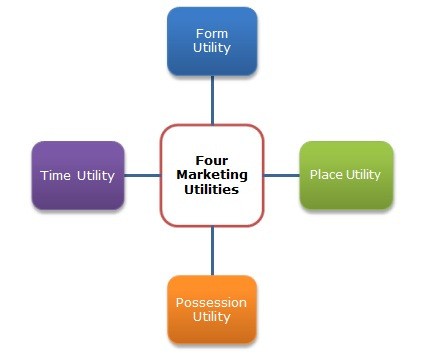 Since the U.S. population consumes nearly 5 hours per day of video just on the TV screens, we know it has utility for them. In terms of marketing utility theory, the TV set provides utility in a fixed place, at a fixed time (when consumers are home and watching TV), fixed form (TV set with whatever devices and content services are provided), and fixed possession in that they can “have” that content only from their TV set. This is an enormously limiting user experience, albeit historically quite successful both in economic and consumption outcomes. However, is this the future?

BIA/Kelsey’s local ad forecast through 2016 shows that overall local ad spend will enjoy just a 2.1% CAGR whereas the online/digital portion will be 12.4%, nearly six times the growth rate. If local broadcasters can figure out how to tie their TV screen services cross-platform video screens such as PCs, tablets and smartphones, they will have an extremely powerful competitive ability to tap into that digital spending growth. While the cable and broadcast networks and national operators work on their business models, local operators can show leadership and gain the early advantage that is theirs to lose.