After writing about Facebook Director of Small Business Dan Levy’s Interview at the Local Search Association Conference yesterday, I’ve been thinking a lot more about FB’s possible directions in mobile and local (more to come on that).

For now, one thing I did was finally update the Facebook app on my iPhone5. I was looking forward to checking out new functionality, including the newly branded “Local Search” (formerly “Nearby”) that everyone’s been talking about.

But instead I saw something interesting. The local search spot within the left-hand nav on my app is called “Around Me” (Side Note: there’s a standalone app of the same name, though it’s one word). The logo and naming both appear to be new.

Has anyone else seen this? Is Facebook test marketing different products for different users (this wouldn’t be anything new or surprising)? Looks potentially like a bit of A/B testing. Leave comments if you’ve seen anything similar or have input. 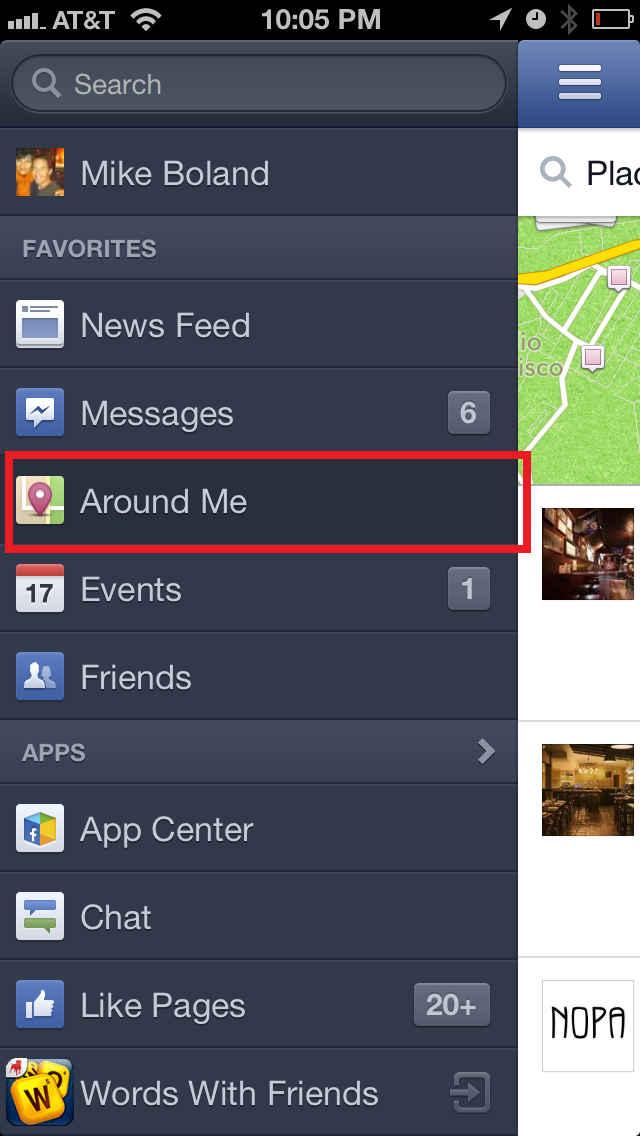