ReachLocal is moving boldly to find new ways to boost the business of its SMB customers. While the independent sales organization is still largely supported by the sale of advertising packages to its 32,500 active advertisers, it is now focused on commerce-oriented services that not only help businesses get found by consumers, but also helps them track results and schedule services.

Now, via a new service named ClubLocal, it will even book new business for SMBs at pre-negotiated rates, and accept payments via a Square-like, ClubLocal iPad app. Today, the company unveiled San Francisco as ClubLocal’s second test market, following a test in Dallas that started in July. The Dallas test has involved ”thousands” of completed jobs in over 20 categories.

In rolling out ClubLocal, ReachLocal provides consumers discounts of 20 percent or greater on typical area pricing for over 4,500 service job categories, and fully vets the fully-licensed service professionals that partner with it. It also guarantees two hour service windows.

Over time, the company also will maintain a large base of reviews as part of its vetting process, as customers send in reviews after completing their final payment process. In Dallas, 40 percent of consumers have submitted reviews. As part of its San Francisco launch, ClubLocal is providing $100 in free home services to its first 1,000 Bay Area consumers.

We talked recently with ReachLocal CEO Zorik Gordon about ClubLocal. Gordon suggests that most people aren’t necessarily loyal to a single service provider in most categories – “that’s why you had Yellow Pages,” he says.

Gordon also says that the smart phone generation basically values service guarantees, pricing transparency and convenience above all else. Up to now,,”there hasn’t been a Walmart for services pricing,” he says. Gordon also suggests that existing service models such as Angie’s List and Home Advisor require too much work and are inconsistent –and have only scratched the surface in terms of customers.

Ultimately, consumers will make ClubLocal a habit when they need to order home services, just as they’ve made Uber a habit for car service, Open Table a habit for restaurant reservations, and Groupon a habit for deals.

ClubLocal directly addresses the “Booking and Buying” portion of the marketing funnel, says Gordon – a portion that Uber, OpenTable and Groupon have shown is increasingly important in today’s marketplace. Indeed, Gordon predicts that “local will be more about commerce than advertising ten years from now.” 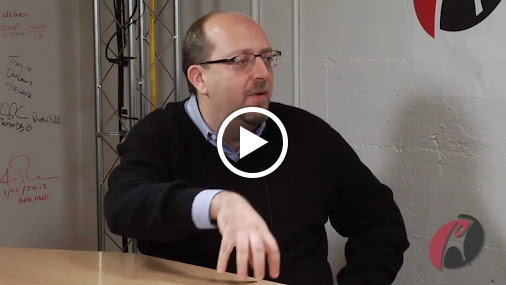