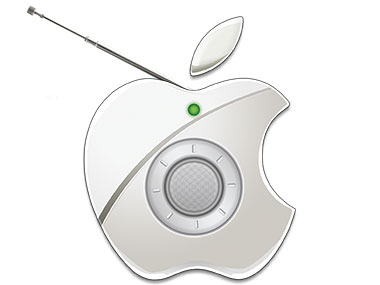 In the run up to WWDC, we’re hearing the standard chorus of rumors about what Apple will unveil. These include iOS7, new OSX, and iRadio. For the latter, Apple just signed Sony Music to round out its licensing deals with the holy trinity of rights holders (Warner, Universal and Sony).

The yet to be named iRadio is long-speculated and recently the subject of a Bloomberg article. The much discussed piece predicts an ad-supported streaming music service that gives the relatively dormant iAd a new home. I’m skeptical for lots of reasons, but let’s look at a few possibilities:

This would be most like Spotify and Google Play in that songs can be played on demand. But instead of a monthly subscription fee (i.e. $9.99 for Spotify Premium) premium level service would be free, monetized through a combination of audio and display ads. As mentioned, this could be run by iAd, though the rumor mill seems to be underestimating the feat of transitioning into an audio ad network.

What’s interesting about this possibility is the degree to which it will disrupt Spotify and Google Play. The price tag is obviously attractive, while iTunes’ installed base and vertical integration with a speculated iRadio are scary prospects. If this happens, it makes the mobile ad industry suddenly a lot more interesting, with lots of implications for innovation in interactive audio ad formats (say that three times fast!).

This would be more like Pandora — streaming music discovery that’s personalized and allows some degree of song selection. It would include on demand play of streaming tracks which a user already owns (through iTunes). And it would mix in new suggestions and discoveries in a Pandora-like fashion. The advantage of such a discovery engine over Pandora would be a rich bank of content — inherent in your iTunes library — on which to base discovery.

But the main play here for Apple would be a conduit to iTunes music sales through this discovery and “lean back” listening mode. This revenue opportunity would justify the lack of both subscription fee and ads — both of whose absence will drive appeal, usage and thus content sales.  That’s a scary concept because Apple’s treatment of free streaming as essentially a loss leader would undercut and disrupt Pandora’s core business of ads and subscription.  Pandora currently facilitates music sales to iTunes, but iRadio’s vertical integration with iTunes would make it a more seamless option. And by siphoning Pandora users, Apple would get more direct iTunes revenue versus affiliate revenue sharing with Pandora.

There are lots of other possibilities but of these two I’m betting on the latter.  There’s something about the persona of radio ads in the first scenario that is very un-Apple.  And we’re talking about a very brand conscious and quality-obsessed company here.

Among these potential  endgames that justify a free service, driving iTunes revenue could be more strategic than ads (or both?). But even greater than that, the biggest endgame for Apple is where it makes the majority of its revenue and highest margins: iPhone sales.

In that respect a free iRadio, unencumbered by ads, simply makes iOS more attractive (one reason Google launched Play was to boost Android’s appeal). The angle everyone seems to be missing is that that iRadio’s hidden charter could be to sell more iThings.

We’ll get a closer look during Monday’s keynote, and there’s a good chance all of this is wildly off the mark. One thing you can expect based on Apple’s halo effect and track record in revolutionizing music: Streaming audio growth will hit an inflection point.