BIA/Kelsey has just released Media Ad View Plus. For those unfamiliar, it builds on our forecast data (example) among other sources, to calculate local media ad spending by category across U.S. ad markets.

To start to dive into all of the possible segmentations of 12 media categories, 12 advertiser categories, 94 business categories and 362 geographic areas (CBSAs), here are a few examples and high level takeaways.

Digital Media
— Online local advertising exceeds $1 billion in 2012 for six different advertising categories. Top two: technology ($2.1B), retail ($1.8B).
— Online and mobile are top growing ad channels. By 2017: real estate will increase its online ad spend to an astonishing 40.8%.
— Automotive dealers will focus on video, spending 11.4% of their $2.4 billion online ad budget on video display.
— Quick service restaurants will increase online spending from $434.4 million to $618.6 million.
— Financial/insurance will to grow mobile spend from 1.6% in 2012 to 9.8% in 2017.

To illustrate a few of these points, here’s a nationwide look at spending within the Real Estate vertical. A few notable trends emerge such as the aforementioned online spend growing to 40.8%.

Mobile also shows some impressive growth, growing from a 1% share of local ad spending to 12.8%. That outpaces the national average which will grow from .9% to 6.1% during the same period. 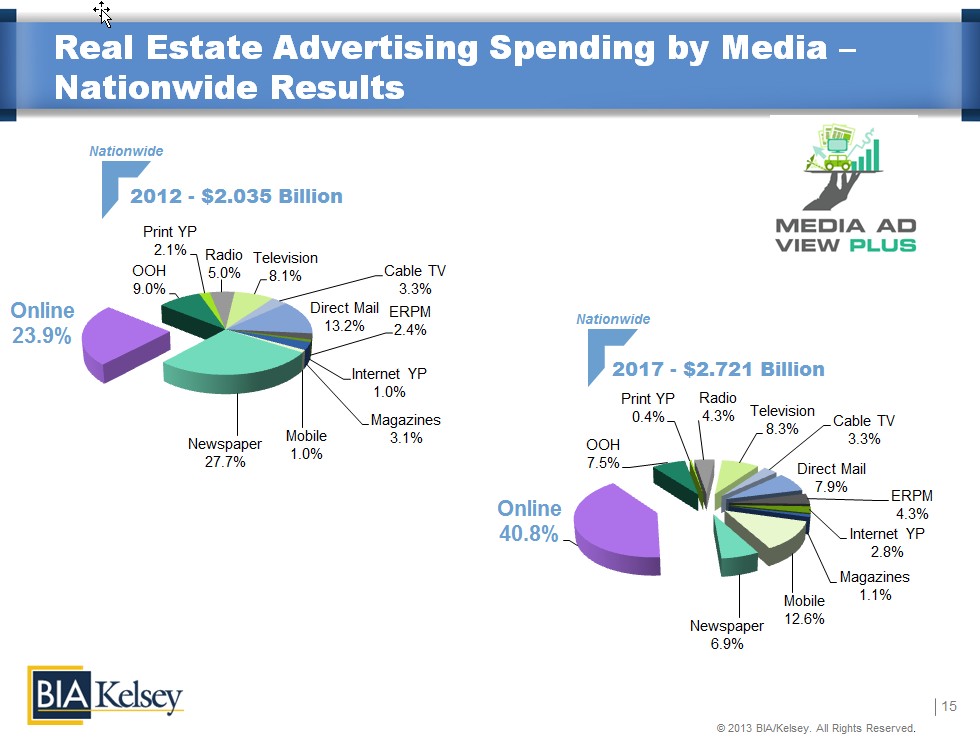 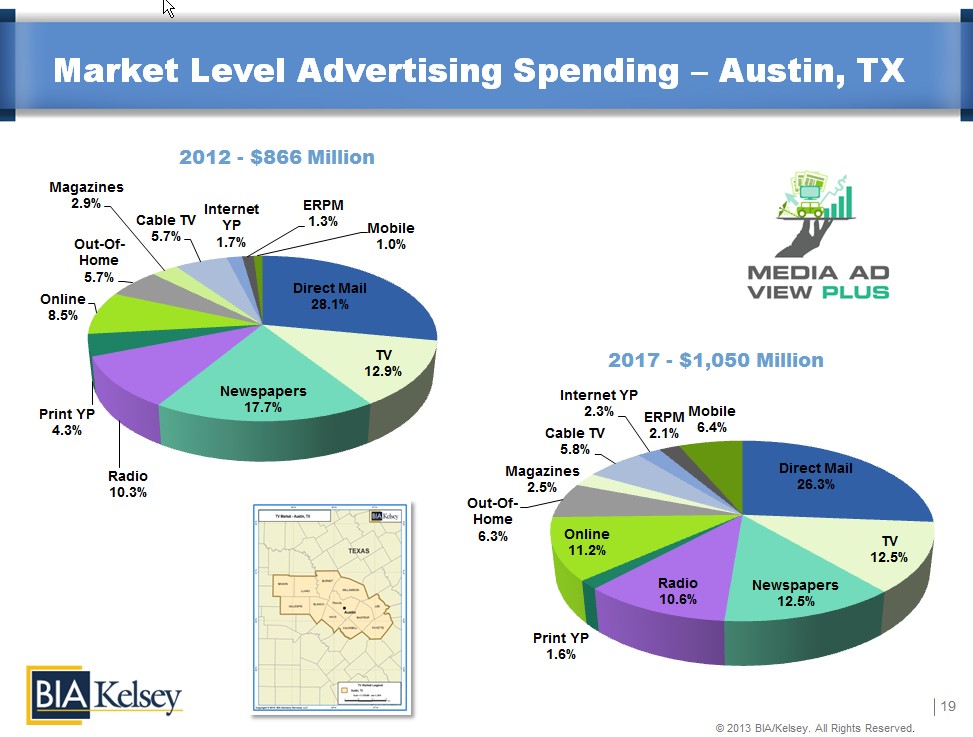 Combining all of these  geo, vertical and media type variables is where things start to get interesting and a lot more voluminous. Or, to quote Chip Douglas, the Cable Guy, “The permutations are incalculable.”

Notable trends buried within all the possible breakdowns will be subject matter we’ll continue to unpack here on a semi-weekly basis. Meanwhile, lots more  information on MAV+ is available on its landing page.