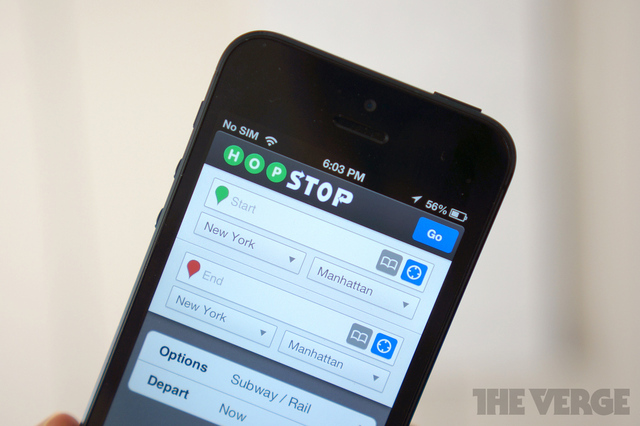 Apple finally made some moves into the local mapping wars last week with the purchase of Locationary, which helps find business locations, and HopStop, which provides transit maps and travel suggestions.

We’ll go out on a limb and predict that Apple will want to flesh out its map products with other map- focused media, such as map-based classifieds (Antengo) or coupons and deals (8Coupons).

Apple, meanwhile, has downplayed the significance of the deals, saying it often purchases ‘small’ companies.” The reality, however, is that both companies play key roles in the emerging world of mobile-oriented, map-based advertising and promotions.

One observation we’d make: while the companies bring real value to Apple, they were going to have a hard time scaling on their own, and also didn’t have many options besides Apple, Google , Nokia (HERE) and AOL (Mapquest). Google’s purchase of Waze for $1.1 Billion was driven by the same dynamics (although Waze is arguably more of a popular Web phenomenon along the lines of an Instagram, which is why it got such a big deal).

Of the two companies purchased last week by Apple, we’ve especially been following HopStop, the #4 transportation map behind Google, Mapquest and Waze. The company has moved to worked to develop the scale it needed for advertisers (and for Apple) when it moved beyond its New York base a couple of years ago to spread to 145 markets in six countries, with a major push set for Asia this year. Its transit maps also, conveniently, were fully integrated with Apple Maps.

CEO Joe Meyer always stressed that he had higher aspirations to get beyond the transit maps its best known for. Last November, non-subway maps for biking, taxis and walking, were up about 1000 percent, helped considerably, at all times, by crowd sourcing telling when roads were closed, train tracks flooded, etc.

Hopstop’s revenue opportunities were always limited. It got major national accounts such as JetBlue, Delta, Macys, Dunkin Donuts, JC Penney, Ikea, ZipCar and major tourism boards and Convention Centers. But the site was a small one. In May 2012, it finally decided to rely on outsourced sales from Travora Media (formerly Travel Ad Network) . “They have the arms and legs to sell ads,” said Meyer.

Here’s a post from last year about why Apple has to get Maps right. And here’s a recent closeup profile of HopStop.