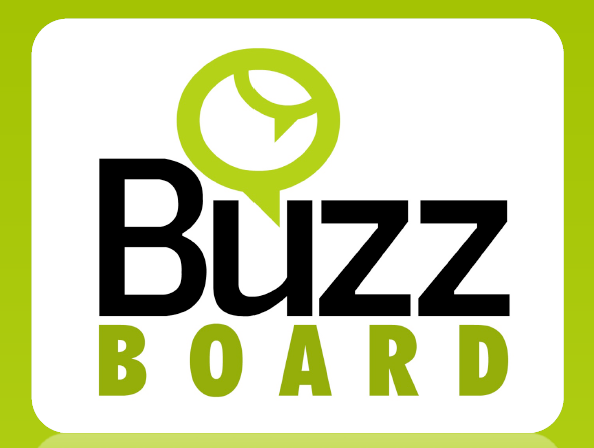 vSplash‘s Board Advisor and former BIA/Kelsey executive Neal Polachek briefed BIA/Kelsey on some recent milestones achieved by vSplash with their sales engagement tool – BuzzBoard. Launched by vSplash the BuzzBoard sales tool has gained significant market adoption since Charles Laughlin wrote about it here.

BuzzBoard’s technology currently crawls and analyzes over a hundred parameters against over 44 million businesses with websites in over 50 countries. BuzzBoard is designed around two guiding principals – enabling sales representatives to be more efficient as they prepare for calls – either in person or on the phone – and more effective when they are engaging with the customer or prospect. The tool’s intuitive capabilities range from building audits or – health checks – on the merchant’s digital presence, to scoping out the competition and then to generating proposals based on the competitive analysis.

The BuzzBoard Audit Report evaluates the merchant’s digital Presence (Search Engine Indexing, Social Media, Mobile Website, Local Business, Pay Per Click) and Performance (Local Analysis, SEO, Infrastructure Robustness, Keyword, SMO and Reputation). The Audit Score is a summary estimate of digital readiness. For example, we did a live analysis of Paisano’s local pizza shop near BIA/Kelsey headquarters office in Chantilly, Va. Paisano’s, who received a 79% score, was actually quite good according to Polachek. 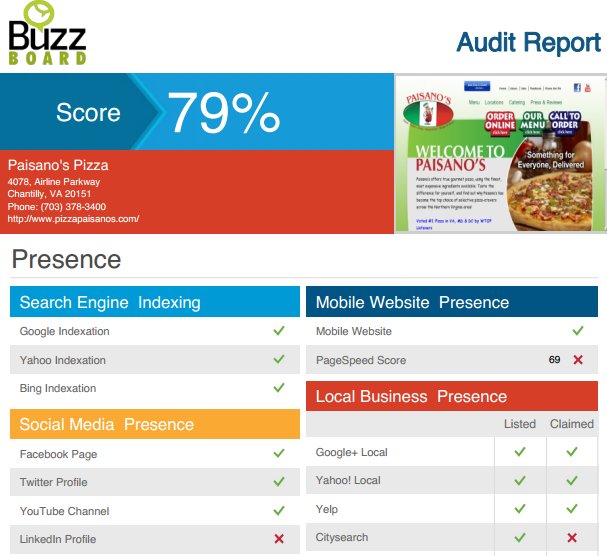 We have come to learn that there are many interesting mobile sales tools and apps emerging in the marketplace. Many of these sound good on paper and look good in a slide deck, but how is Buzzboard actually performing? BuzzBoard’s user base has grown dramatically since Charles’s earlier post and now hovers near 1,500 across over 35 media companies and in 53 top U.S. markets. Included among the 35 companies are some key local media brands such as Hearst, Advance, Digital First Media and Tribune. According to vSplash, “BuzzBoard’s largest partners are seeing ROI multiples well in excess of 25x and some data suggests the ROI is even north of 50x” for some. Accompanied with strong sales leadership, this tool has the capability to enable local media companies to sell incrementally more digital products to merchants in the U.S and around the world.

To see an earlier blog on Buzzboard, jump over to Charles Laughlin’s post on vSplash Making Inroads with Newspapers.