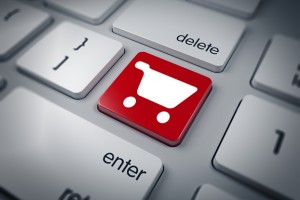 Shopping through mobile devices such as smartphones and tablets is re-shaping how purchases are made during one of the biggest consumer spending weekends of the year. According to the National Retail Federation, more than 141 million Americans shopped over the holiday weekend and they spent $407 on average. This results in revenues of approximately $57.4 billion. A recent report done by IBM on this past weekend’s shopping frenzy and Cyber Monday sales suggests a strong move to mobile in purchasing habits this year.

According to the IBM holiday report, mobile traffic grew to nearly 32 percent of all online traffic, an increase of 45 percent over Black Friday 2012 weekend. Mobile sales were also strong, reaching 17 percent of total online sales, an increase of nearly 55 percent year-over-year. In BIA/Kelsey’s Consumer Commerce Monitor™ (CCM) data survey, 26 percent of consumers surveyed said that they participate in local shopping via online. We expect this figure to have increased on par to what IBM data shows. Our findings also show that 33 percent and 40 percent of consumers use their tablet and smartphone for local shopping at least once a day, respectively. Both BIA/Kelsey and IBM data show strong growth for mobile devices in purchasing behaviors among shoppers.

Of course, all businesses consider the context of their products and pricing, but to be competitive and cut through the competition for Black Friday weekend and Cyber Monday, the data seems to show that businesses should consider being more mobile-friendly.

More information on CCM is available on the BIA/Kelsey website.

We’ll be covering this and other themes in great depth at our upcoming Leading in Local conference, December 10-12 in San Francisco. Be there and join the conversation.