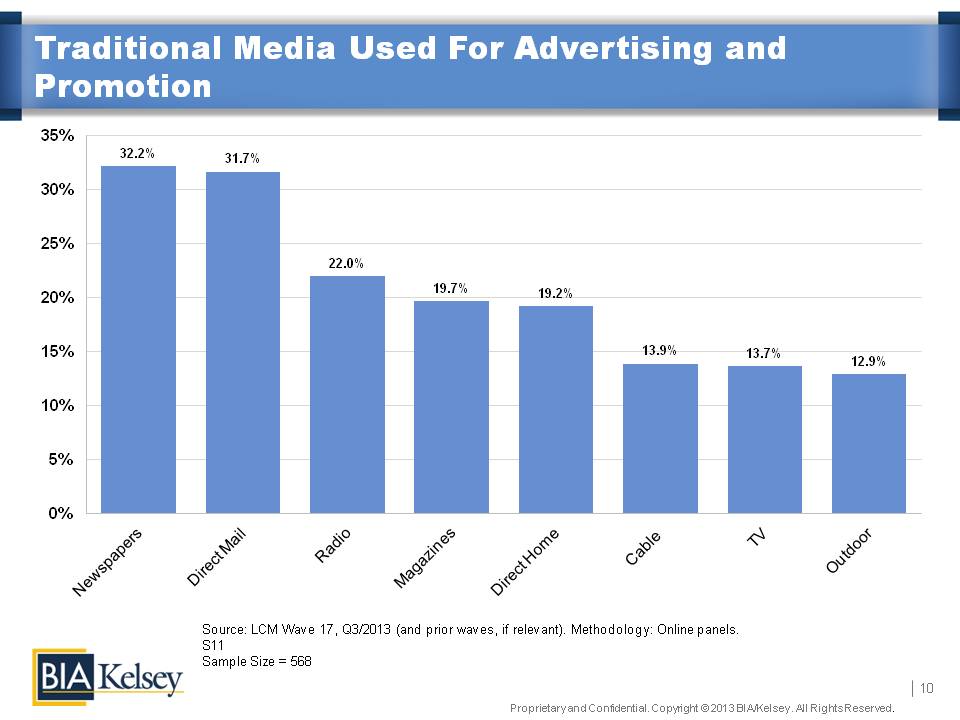 TV had the highest perceived ROI among the traditional media, with 50% of SMBs rating it as either excellent (10-19 times return on that investment) or extraordinary (over 20 times the return), while only 13.7% of SMBs surveyed reporting using TV to advertise or promote their business.

Newspapers, which had the highest usage among the traditional media, had the lowest perceived ROI, with 26% of SMBs reporting returns as excellent or extraordinary.

Radio had the third highest usage among SMBs for advertising/promotion. But advertisers who used radio as part of their advertising mix reported being pleased with the results, as 36% rated the perceived ROI of radio advertising as either excellent or extraordinary. 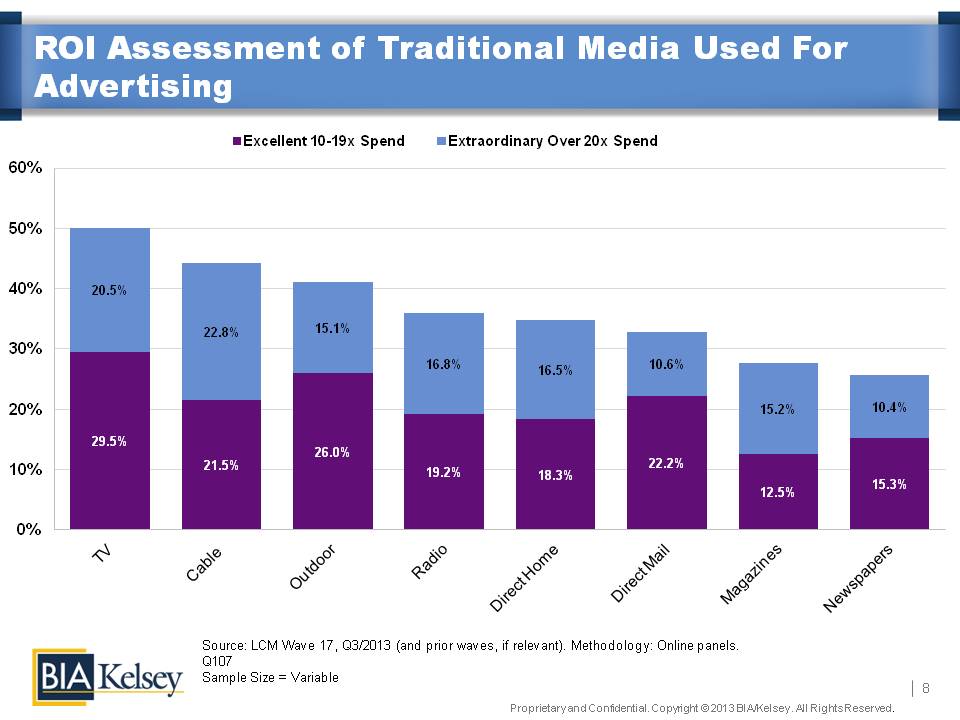 For the first time in several survey waves, SMBs indicated that they are actually decreasing the number of media used to advertise or promote their business. The implication: media must deliver concrete ROI or risk losing business traction. Digital media penetration with SMBs has increased, as many of these solutions generate concrete leads and offer trackable ROI metrics.

Traditional media are far from obsolete, however, as the data suggests, and many are still well-regarded. However, for newspapers in particular, and all traditional media, as SMBs enjoy more digital options and demand clear value from their advertising spend, the need to produce clear ROI is stronger than ever.

More information about LCM and custom renderings of the data can be found here.