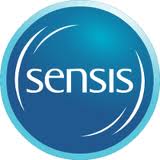 Australia’s leading telecom Telstra has sold off 70 percent of its directories unit Sensis to a U.S. based private equity firm for A$454 million, which works out to a valuation of A$649 million (US$591 million). There was speculation in the Australian press in recent days that the deal could go for as much as A$3 billion.

Given the surprisingly low valuation, the sale is generally being interpreted as a decision by Telstra to get Sensis off its books in order to protect its share price. While Sensis remains one of the world’s largest legacy directory businesses, it wasn’t a large part of Telstra. More importantly, it was seen as an old world business within a Telstra trying to position itself as a modern communications technology company.

The decision to shed Sensis may be a wise move for Telstra, but it could also be a potential boon for Platinum Equity. While Sensis does have a print business in rapid decline, it also has digital assets with the potential for growth, plus a large sales force. The opportunity to digitally enable Australian small business remains open.

A recent peer example suggests one model for Platinum to follow.

In 2012, AT&T sold a majority of its YP division to Cerberus Capital Management for a valuation of US$1.8 billion, which was seen at the time as a shockingly low price. Since then, Cerberus has certainly cut costs, but it has also brought in new talent to advance the business forward, particularly on YP’s roughly $1 billion digital business, a third of which is mobile. YP’s recent acquisition of Sense Networks, a mobile ad targeting platform, suggests Cerberus has intentions for YP that go well beyond extracting cash from the business.

On Platinum’s website, the company described its approach as “driving value through honest, intelligent operational improvement rather than financial engineering.”