We have all gotten used to looking at our phones and seeing several notifications on our home screens. From text messages, to emails, to sports updates, we are able to receive notifications for almost anything. More than ever, local businesses have apps that provide push notifications to consumers to encourage traffic.

Push notifications have contributed substantially to app use in relation to local shopping due in part to the increase in engagement that happens once a consumer joins. According to the “Good Push Index” released by Urban Airship, on average mobile application users who have opted in to push messages have a long term retention rate that is 92% higher than those who have opted out of the messages. Not only is app retention substantially increased, but app engagement is also increased. Opt-in app users open retail apps 12.5 times per month on average compared with only 9.0 opens for those who opted not to receive push messages.

For marketers, the challenge is converting these consumers to buyers. In the local shopping space, according to BIA/Kelsey data, promotion and sales for local shoppers close the loop. Coupon reminders are a popular use of push notifications for retail apps.

According to BIA/Kelsey’s Consumer Commerce Monitor, 43% of local purchases made by smartphone users within the last six months were made through promotions or sales, such as discount deals, “daily deals”, coupons, or similar types of discount offers. Thirty-six percent of respondents to RadiumOne’s survey of women and their use of coupons on their mobile devices felt that push notifications of mobile coupon offers were useful. 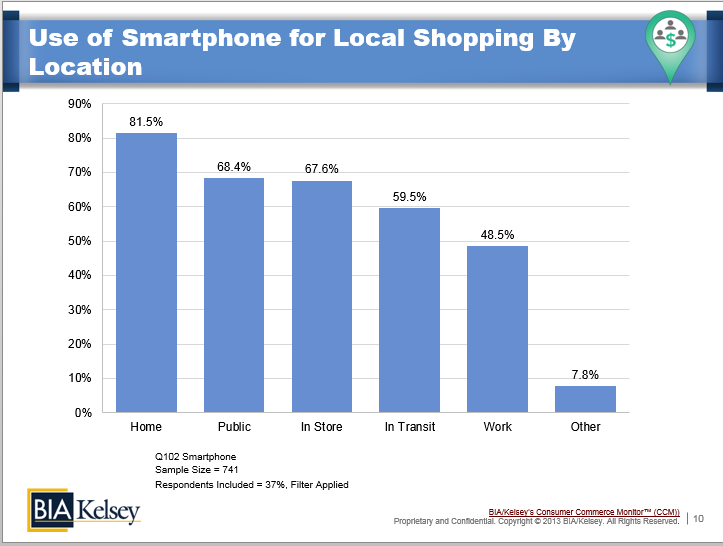 While the future of mobile push notifications is uncertain, BIA/Kelsey’s Mike Boland gives us his prediction in his blog post, BIA/Kelsey Mobile Outlook: 5 Predictions and a Wild Card.