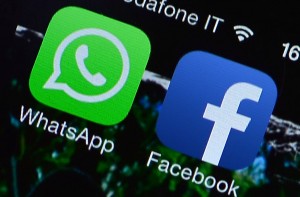 It has been a quite the week for WhatsApp after being acquired for $19 billion by Facebook (FB) last Wednesday. Word about the deal has traveled fast. However, the big question that everyone is asking is “could the deal possibly be worth $19 billion?”

WhatsApp founder Jan Koum said at the Mobile World Congress in Barcelona that the company will introduce voice communication capabilities into the product starting in Q2 2014. This has the potential to dramatically enhance the value of the deal. News that WhatsApp will enter the voice communication market not only impacts the industry in a big way, it offers a completely new avenue of revenue generation for Facebook. This announcement comes at a time when the use of data is growing substantially while traditional voice plans are faltering.

On the other hand, if Facebook and WhatsApp fail to execute on the voice connectivity as a new source of revenue then the deal might be in some trouble. Facebook stated that it will not introduce advertising into the app, but let’s unpack that further. First, WhatsApp has huge reach but it doesn’t have a lot of data to be really meaningful for advertisers. In its current design, it doesn’t collect names, ages, genders or addresses. Nor does it store users’ messages. Not a great ad-targeting platform compared to Facebook’s current advertising operations. This leaves little advertising revenue potential if Facebook decided to go the advertising route.

WhatsApp boasts 450 million users (320 million of those being daily active users), and $20M in 2013 revenues. It is growing at 1M new users per day, with a user base that largely complements Facebook’s existing user base. Facebook likely prizes WhatsApp for its audience of teenagers and young adults who are increasingly using the service to engage in online conversations outside of Facebook proper.

WhatsApp also has a large international footprint. It started off growing in Europe, India and Latin America. WhatsApp has now grown to be a very important and valuable worldwide communication network. In fact, WhatsApp has a higher percent of people using it daily than Facebook itself.

This we know for sure, when the deal closes, Facebook will own four of the world’s most popular smartphone apps: Facebook itself, Instagram, WhatsApp and Facebook Messenger. They are going to be on the smartphone’s home-screen in multiple ways. This news out of WhatsApp, coupled with any potential integration into the actual Facebook platform for voice connectivity, is significant. Is this a foreshadowing to a future with no need for voice or SMS plans?