We have already learned that men are heavily engaged with their mobile devices in my first blog post regarding BIA/Kelsey’s recent spotlight deck comparing the male vs. female consumer, but what about women? 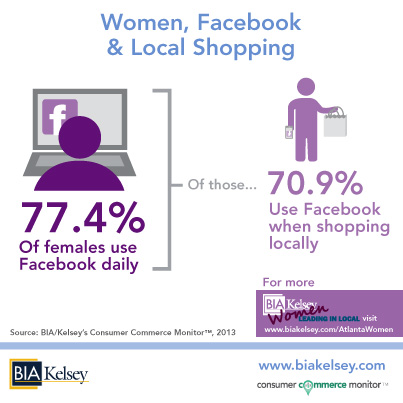 When it comes to local shopping, female consumers interact much more on social media than their male counterparts. According to BIA/Kelsey’s Consumer Commerce Monitor™, 49.1% of females interact with or use social media regarding local purchases compared to only 37% of males. Seventy-one percent of women cite Facebook as their preferred social media site for local shopping. Women also strongly value the opinions of the Facebook Friends with 51.9% considering them to be a trustworthy or very trustworthy source of information for local products and services. Men were not as quick to trust their Facebook Friends with only 44% considering them to be a trustworthy or very trust worthy source. 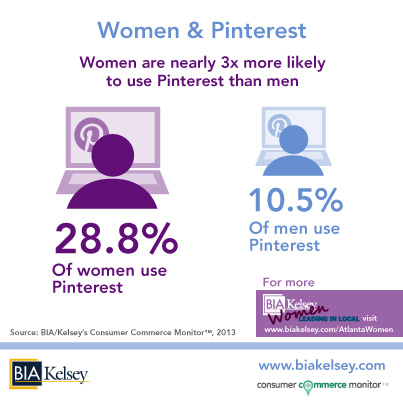 Women are also heavy general users of social media sites. Approximately 77.4% of women actively use Facebook while only 63.3% of men do the same. Pinterest is dominated by females with three times more women actively using it then men.

To learn more about women and their shopping habits check out BIA/Kelsey’s Consumer Commerce Monitor page.