Today is the day. Mopocalypse has been the subject of tech world chatter for the past few months, and even PSA-type articles in mainstream media like USA Today: “Make sure your mobile site is ready.”

For those unfamiliar, Google in February uncharacteristically announced an algorithm update that will de-rank sites in mobile search that aren’t optimized. Mobile-optimized means no horizontal scrolling, zooming or unplayable content (i.e. flash). It won’t apply to tablets, video and local search for now.

Google has taken steps in this direction with incentives to clean up mobile websites or use responsive design. So this isn’t the first time site-friendliness is a ranking factor, but it’s a bigger tough-love moment where Google stresses consequences for bad behavior. It used the carrot; now it’s time for the stick.

But the question that reveals its larger mission is ‘why?’ Google is currently fighting a battle with the app world, and is behind if you consider that that 80 percent of mobile minutes are spent in-app, versus browser. The browser is where Google is the front door; not so much in apps.

The biggest reason apps are winning this battle is that they are often slicker and more functional than the relatively wonky mobile web. So making the mobile web less wonky — to put it bluntly — is Google’s biggest driver for today’s algorithm shift. A more user-friendly environment will boost traffic.

Meanwhile, to live in this app-centric world, Google also provides tools — both paid and organic — for developers to “deep link” to apps from search results. That way Google can become that front door to the app world, or a sort of app search engine to boost utility and revenue (app download ads).

Google Now is another play. It’s not only app based, but in-tune with the developing mobile use case of passive discovery as opposed to active search. So in some ways, Google is trying to beat the app world and in other ways it is trying to join it. This is to increase winning probability by placing several bets.

Bottom line: as mobile takes over, protecting Google’s place at the front door to all content is critical. Google NOW and Mopocalypse are central to that, though in very different ways. We’ll see many more efforts as there’s too much on the line ($60 billion in search revenue) for Google not to keep innovating. 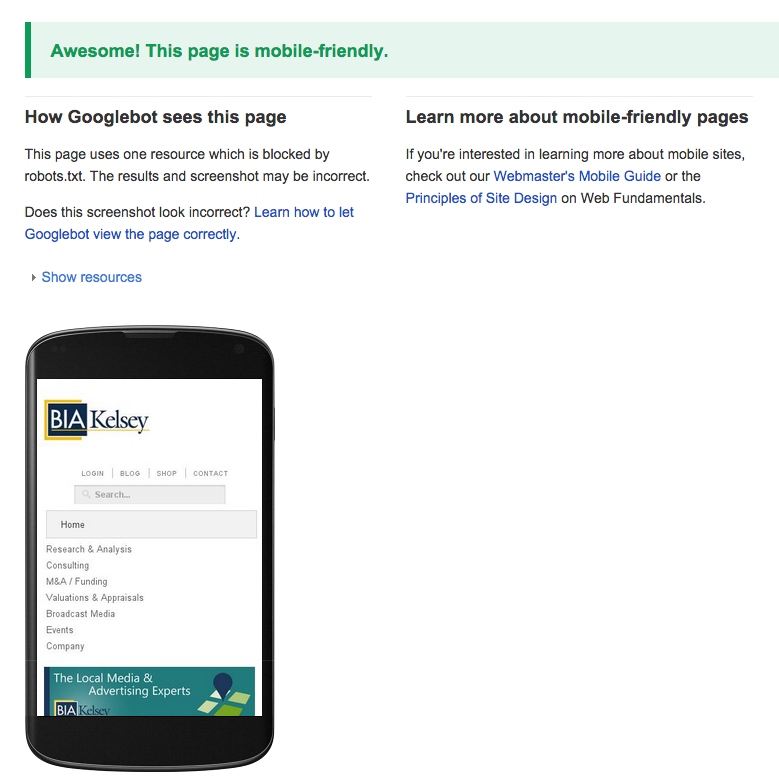