The local on-demand economy (LODE) was the largest recipient of VC funding in 2014. And you can’t throw a stone in the tech blogosphere these days without hitting scores of daily posts about milestones or new funding rounds for LODE startups. We’re even doing a full conference on the topic.

As explored in our LODE white paper, its unit economics, supply chain compression and other advantages are growing into every vertical imaginable. This “uberfication” as its known is taking over everything from drug delivery to doggie day care. See our “LODE verticals” conference session.

But in addition to moving laterally across local service verticals, it’s also making an interesting move up the ladder. In other words, it’s not just for driving and dry cleaning, but it’s beginning to apply to higher-end professional services like designers, doctors and lawyers.

The latter is where Avvo lives. For a flat $39 you get 15 minutes with a lawyer to ask them anything. So I decided to try it. After choosing my legal category, I got a confirmation that a lawyer would be calling. Within 2 minutes my phone rang… bonus points for speediness at 5:45 pm on a Friday.

I can’t legally discuss the content of the call, but I can say that it was a good substitution for typical legal consultations that are more costly and time consuming. Though limiting, 15 minutes allows you to ask questions to determine if and what type of legal firepower you might need longer term.

Sometimes the answer is none, or very little and this is a cheap way to find that out. The 15 minutes can also be spent going deeper if the caller is inclined. Bottom line, it’s a good first step in any legal matter and the price is right considering that an hour with a lawyer is usually $300 – $400.

What Avvo has essentially done is brought the LODE model of monetizing remnant inventory to legal. Lawyers have pockets of unmonetized time throughout their day, but it’s not worth their while to schedule those smaller chunks, due to the fixed costs of their time, scheduling and overhead.

But a low-friction tool that lets them deploy that time easily has resonated with Avvo’s extensive network. And because Avvo takes care of the customer acquisition, scheduling and billing, lawyers are willing to charge much less than their standard rates. It’s textbook LODE.

Panning back, this shift to higher-end professionals will not only expand LODE from a user perspective but from a provider perspective. As is the case with any two sided marketplace, both need to grow in-step. And it usually starts with the supply side (i.e. enough Uber drivers).

Professional services will be no different. There will need to be adequate supply to reach network effect — a challenge heightened by the fragmentation in areas of specialty (maritime law anyone?). Aggregating supply and creating liquidity will be the name of the game for Avvo and others.

Meanwhile the shift to higher-end professions is underway, which will have wider reaching societal impact in what’s become known as the “1099 economy.” LODE’s overall opportunity grows as the model expands both vertically and horizontally. As we examined in our recent white paper:

High unemployment has created a steady supply of service providers to fill the ranks of LODE’s workforce. Millennials — in addition to being avid consumers of LODE services — also possess work habits that are conducive to the flexibility that LODE service providers enjoy. These factors will further accelerate as LODE services move up market to higher-end professions, such as professional, creative and technical fields. 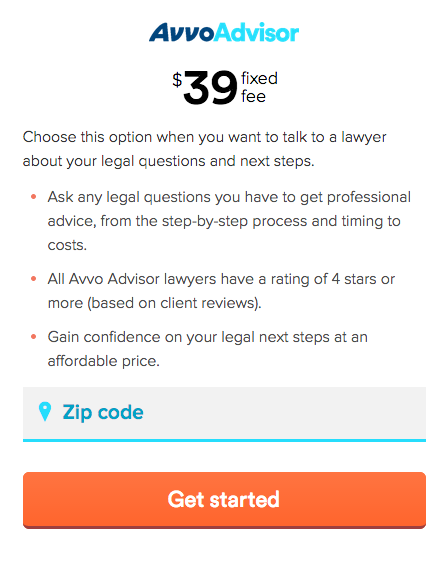