Signpost announced today it has raised a new $20.5 Million round, which will let it build out an evolved, CRM-based “close the loop” strategy of tracking SMB digital sources via transactions, social media, websites and email.

The current round has been led by led by Georgian Partners along with Spark Capital, OpenView Venture Partners, Scout Ventures and Jason Calacanis’ Launch Fund. The company has raised $36.5 Million since its founding in mid-2010. Earlier funders included Google Ventures.

Signpost’s evolution has been a dramatic one, fully reflecting the changes in local online marketing. The company launched as a provider of sales agents for local SMB deals, then evolved into an SMB-oriented SAAS company with offices in New York, Austin and Denver. In its case, deals gave way to a broad range of marketing services, including analytics, marketing automation, loyalty marketing, referrals and review acquistion.

The company now serves over 10,000 customers, and says it is eyeing a large customer set of six million very small businesses with 2-10 employees. Most of these have not previously had access to CRM and are unlikely to subscribe to pricey CRM tools such as Salesforce. Monthly fees are around $189. 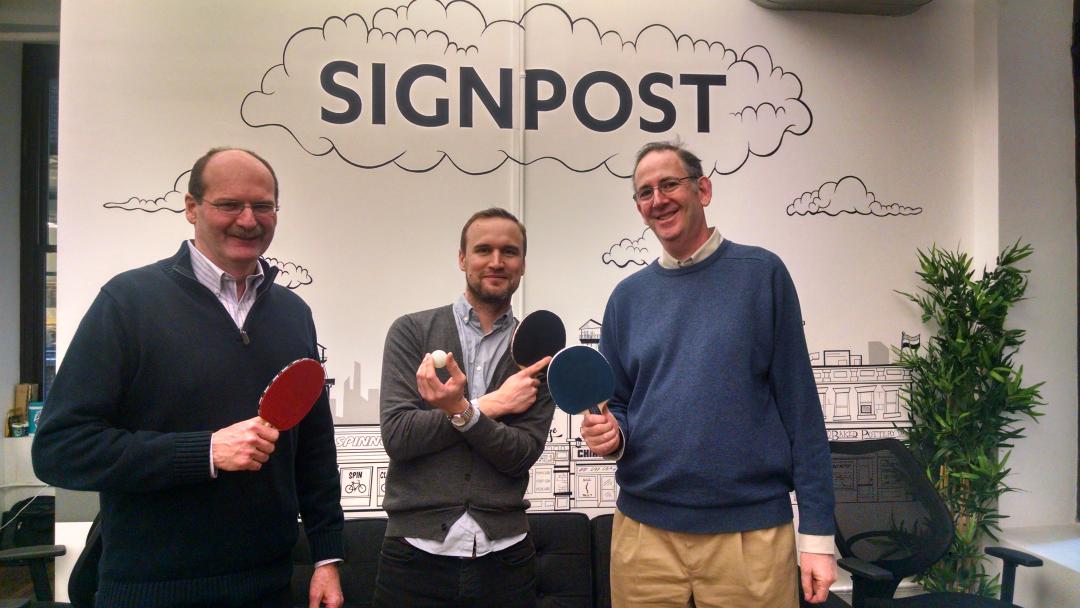