After searching for a business, ads will now tell you how far the closest location is, indicated by both text and a collapsible map view. This builds on Google’s Local Extensions program that allows businesses to enter their address information so that the location closest to the user is shown.

This is particularly relevant for businesses that have many locations: Phone number and address info for the closest branch or franchise will of course have more relevance (read: higher click performance). It’s also very relevant for mobile, where local commercial intent is higher than desktop search.

Not only will a proximity reading increase local relevance, but I’ll speculate that the presence of this information will also lend credibility to the ad. The name of a nearby town and a recognizable area code is something that should increase clicks, just as it did with Google’s mobile pay-per-call initiative.

Overall, it’s a logical move for mobile ads, and for Google’s strategy to entice more advertisers into mobile. This goes for new advertisers and its existing base of AdWords SEM advertisers. It also goes for both click campaigns as well as calls, where simplicity has been an adoption imperative.

Chatterjee will be able to discuss this and other Google mobile local ad initiatives at our upcoming Interactive Local Media Conference in December in Santa Clara, California. 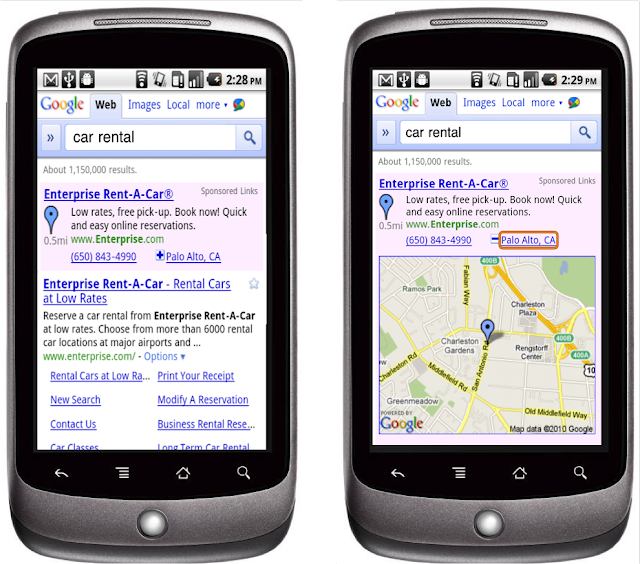