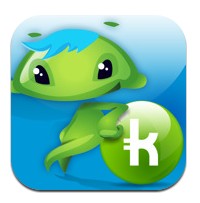 Soon after launching v2.0 of its mobile app, Shopkick got a little more local today by extending its mobile in-store rewards program to 1,000 SMBs in 10 U.S. cities.

According to today’s release:

In order to provide high-value rewards to consumers for actual walk-ins, the shopkick app, combined with the shopkick Signal — an inaudible sound emitted from a patent-pending device located in each participating retailer — verifies a user is in-store, and then awards shopkick’s rewards currency “kicks.”

Sponsored by Citi, the program will now extend to smaller merchants and include these in-store signal boxes that make it easier for users to get checked in and rewarded for just walking in the door.

Of course users still have to download the Shopkick app (free for iPhone and Android), but the company still makes it a heck of a lot easier to discover deals by shedding the requirement to actively open the app and check in.

The concept of a more passive check-in is gaining steam, and is something that check-in leader Foursquare has talked to us about. It even made a move earlier today along these very lines.

But for Shopkick, today’s move is more about extending that existing proposition down market to the larger but more fragmented SMB marketplace. Thought it will only reach 1,000 stores, this is probably only the beginning.

It will offer the service for free to the first 1,000 stores to apply in Austin, Dallas, Chicago, Detroit, L.A., San Francisco, New Orleans, New York, Seattle and Washington, D.C.. About 100 have already trialled it.

Shopkick is already available in the 2,500 retail and 160 mall locations that make up its Retail Partner Network. This adds up to more than 3 million store locations and it reaches about 1.8 million users.

Today’s move is a logical one and we’ll get to hear a great deal more next month at our Deals 3D conference, where Shopkick VP of Product Evan Tana will join us on stage.