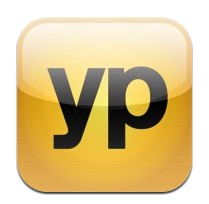 There’s a growing crop of mobile ad networks specializing in local ad inventory and location-based ad placements. This is a subcategory of larger, more broadly defined ad networks like AdMob and Millennial.

The idea is that this targeting provides better relevance and performance, which lead to higher ad premiums and eCPMs. We see evidence everywhere, and it’s a key input for our optimistic look at U.S. mobile local ad spending.

Among this crop of ad networks is AT&T’s YP Local Ad Network, a logical choice for AT&T’s network of O&O properties and third parties, whose inventory correlates closely to local search and local intent.

In July, it built out this publisher network with the launch if In-app ads, including 75 mobile app publishers like Topix and supply side platforms like AdMarvel and Amobee.

To the above point about ad performance, AT&T also told us that CTRs on these locally targeted in-app ads are 4x greater than online locally targeted ads. Network partner Topix meanwhile reports a 50% increase in eCPMs.

Like many of the companies in this emerging crop of ad networks, this local targeting happens with a combination of geotargeting (via GPS), placement within local search apps, and the ads themselves being locally oriented.

We’ll have many of these companies next week at our ILM West show to dig deeper. That includes AT&T, xAd and Chitika. I’ll be interviewing them on mobile local ad growth and performance.

Speaking of the conference, I have discount codes for the taking – email me at mboland(AT)biakelsey.com. Hope to see you there.