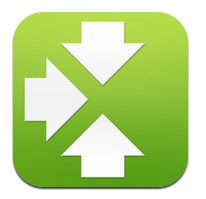 Indoor mapping and navigation service Aisle411 has announced a deal with national drugstore Walgreens to map the interiors of its 7907 locations.

Those of you that attended our MLM SF conference may remember the demo given by Aisle411 CEO Nathan Pettyjohn. The company works with retailers like Safeway, Albertsons, Ralphs, Lowe’s and Home Depot to provide maps to store aisles and products within its Aisle411 app.

Walgreens will be the first partner to have all of its nationwide locations mapped within the app. Store data comes directly from retailers in terms of the layout and product placement. It’s a considerable move given that 2/3 of Americans live within three miles of a Walgreens.

This is obviously good for Aisle411, but also for Walgreens which now has a tool to better serve its customers and keep them in store. The latter is becoming an imperative for retailers in the age of showrooming and customer poaching by online retailers that are now positioned in users’ pockets.

I’ve spent the past year or so talking periodically to Pettyjohn about Aisle411 and the sector. Both seem to be turning a corner in terms of product development and overall market awareness. Indoor mapping elements of Google’s Project Glass and other moves push this forward.

“It’s great for us,” Pettyjohn told me during the MLM show, “and we’re happy to see the market move forward for indoor mapping.” Meanwhile he’s been talking to other companies, which are telling of where Aisle411 could go next (but I can’t discuss those yet).

For now, this is another step forward and we expect many more as this sub-sector of local search and navigation — not to mention Aisle411’s positioning within it — grows considerably from its current embryonic stage. Meanwhile, you can download Aisle411’s iOS and Android apps for free.