The third version of BIA/Kelsey NATIONAL just wrapped last week in Dallas, following our 2014 NATIONAL event in Atlanta and our 2013 event in Boston. Taking twists and turns as it develops, the topic of “national marketing, local targeting” is one that increasingly relies on digital, which represents a significant share of the $67.1 billion in spending that is forecast for national local by 2019.

Thanks very much to our 64 speakers, hundreds of attendees, sponsors and GoLocal Award finalists for participating with us in Dallas. What are your takeaways from BIA/Kelsey NATIONAL, Ver. 3? Here’s my personal top takeaways:

1. The time is now for National Local, but the industry still needs to catch up. BizHive’s Dave Walker, in a great keynote, cited CMO Council research noting that 57 of CMOs say that local programs are important, but only seven percent of CMOs have a successful program in place.

2. It is critical to leverage social media. The average Facebook user is on 41 minutes day, and national brands have an opportunity to use Facebook, Twitter, Pinterest, Yelp and other social media to develop real scale for local franchises. As U-Haul’s Elnora Cunningham noted, U Haul can give its dealer network direct feedback from over five million reviews. Given all this, SpeakEasy CEO Mike Orren tweets: “So no, Mr. Client, we don’t recommend abandoning the platform.”

3. ‘Closing the Loop’ on attributed marketing should be highly prioritized. As Geary’s Karen Kovaleski noted, marketers need to think across media and organizational boundaries to bring customers to a transaction decision. Google, for one, is actively working on this capability. Google’s Brendon Kraham highlighted a PetSmart case study in which 10-18 percent of search clicks can be tracked back to in-store visits.

4. The rise of programmatic sales represents a breakthrough for National Local. Automated selling represents a break-through that local needs to reach users on a targeted, hyperlocal basis. But it needs to be carefully handled. As Sightly’s John McIntyre noted during Rick Ducey’s Programmatic SuperForum: “In the end, programmatic is stupid. It is a (simply) a go-get, go-fetch tool.”

5. All National Local strategies must focus on optimizing Mobile’s micro moments. Just as broadcasters have focused on day parts for different types of marketing, national local marketers must really begin thinking about the different types of activities that people are doing when they look at their mobile phone. Google says that people are looking at Android phones 150 x a day.

6. Platforms can bring local franchisees in line, and also liberate them. As Christian Ward from Yext notes, brands are “schizophrenic” from top to bottom, with the national brand representing one thing, and each local outlet representing something else. Getting “local stars to act like choir boys” is one goal of the platform companies.

7. Going deep on vertical expertise is essential. It isn’t one size fits all in national local. Richards Group’s Rod Ulrich noted that “consultative sales rule,” and that his agency has added a library of vertical materials and a librarian to assist in the effort.

8. The sales structure for National Local must be carefully tailored. The old days of sending someone to Detroit or New York twice a year doesn’t make sense anymore. The Dallas Morning News, for instance, told us that its team of 10 national reps is now down to 2. But national touchpoints remains even more vital, via timely contacts, use of networks and other capabilities.

9. A real role remains for local media and directories. Local newspapers and Yellow Pages still play a real role in targeting locally — and regionally. But it is important to understand and tailor those strengths. The national usage of The Dallas News, for instance, is more than half driven by Dallas Cowboys. 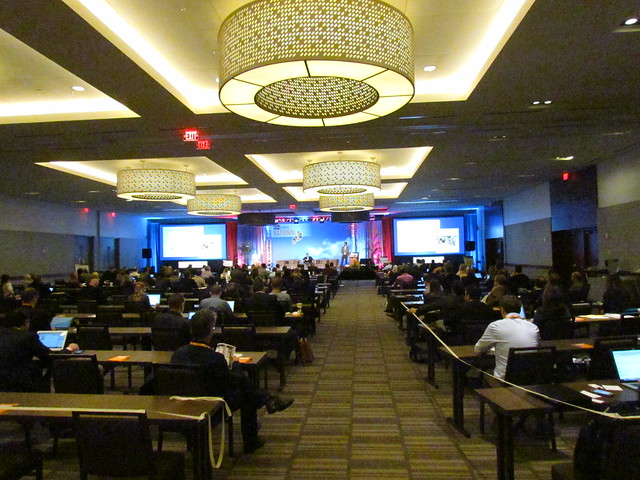