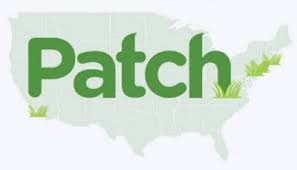 AOL’s Patch gave a progress report today on its $50 million hyperlocal initiative. The site said it now has 100 hyperlocal sites, and will launch 400 more over the next six months. It also said it plans to hire at least one journalist in each community, adding 500 new journalists as part of its growth. Every 12 sites are grouped as a regional cluster, which share a regional editor and an ad manager. The journalists are supplemented by a freelance budget that is about equal to a regional editor’s salary.

In a discussion with paidContent, Patch President Warren Webster discussed Patch’s check list of 59 variables that the site uses to determine which new towns it enters, including a first cut that consists of town population between 15,000 and 75,000; having better than average school scores; and better than average household incomes and voting penetration. A second cut includes qualitative characteristics such as civic “walkability” and the presence of an active business community.

While the site hasn’t focused on revenues to date, Webster told paidContent that it has had some experimental advertising, including banners ads and business listings that can be upgraded into advertising. It also has had some geotargeted national advertising for campaigns such as Pepsi Refresh. The site also plans to syndicate the data it is collecting on local communities to marketers.

There has, of course, been a blind assumption that if AOL is investing, then hyperlocal is finally ready for prime time. It is too early to come to that conclusion — witness The New York Times’ pullback a few weeks back from The Local, its aborted hyperlocal effort.

But AOL CEO Tim Armstrong’s consistent and vocal support for Patch, which he founded in 2007 as a side project when he was at Google, is definitely seen as validation for multimillion-dollar investments by others. These include other news-centric town site nets such as Main Street Connect; content creator sites such as Examiner.com; and city sites that break out neighborhood info via ZIP codes such as Allbritton’s TBD.com in Washington, D.C., Citysquares and various newspaper efforts.

Hyperlocal commerce sites such as MerchantCircle, DataSphere, Matchbin and ShopCity should also be seen as part of the mix. So should sites that have hired human writers to supplement local news feeds, such as HelloMetro and Yahoo Local. Event sites such as Zvents and Eventful are also part of the mix, as are sites that have a lot of events and local in them, such as Center’d and AmericanTowns.

City guides that are more metro-oriented, such as Citysearch and Yelp, should also be part of the mix, as should social directory sites such as YP.com, Local.com and MojoPages.

So, what’s the prognosis? We certainly like what we see at Patch. The town sites are attractive; they invite interaction and have a good “human” feel — some more than others, often based on how long the town site has been open. The longer, the better.

The aggregation of events is good and so is their mapping. There is also some intriguing video that draws people in. I especially enjoyed the contentious town meeting in my hometown of Chappaqua, N.Y. A lot of the infrastructure is more economically produced by central resources.

But in truth, Patch’s success or failure won’t ride so much on content and feature differentiation. Fifty million dollars is a lot of money. But it represents the scope of the project, not the individual sites. You wouldn’t go to a Patch community such as Westport, Connecticut, and say it stands head and shoulders above other local alternatives, such as Hearst’s Westport News, Main Street Connect’s The Daily Westport or Westport Now. Patch’s young and enthusiastic reporters are sometimes better (or not better) than their young and enthusiastic reporters.

What Patch’s ultimate success really rides on is changing local user behavior so that people feel compelled to check out the local patch at least a couple of times a week. It has to be a bigger swath than the older home owners who make up the primary audience of community weeklies — it’s got to be everybody. And then they’ve got to sell SMBs from the directory level on up — much of the effort probably riding on self-serve. And then they’ve got to get the geotargeted national advertising going.

Patch hopes to get over the hump by having enough of a footprint in its communities to begin marketing in a major way, perhaps, I speculate, on TV and radio and online. For sure, it is an exciting effort, and no one should dismiss it out of hand. In fact, AOL is spending the money and making the effort that could, in theory, save local journalism and hyperlocal commerce for everyone.