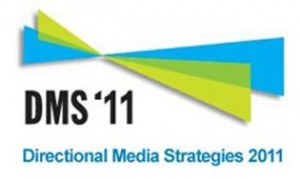 Infogroup’s president/CEO, Clare Hart, was the kick-off headliner at DMS ’11 and shared her vision of the SMB space as it relates to the rapid transformation in small businesses’ use of new tools and features in online commerce.

According to the Infogroup Small Business Marketing Outlook Survey:

Hart went on to describe a new Infogroup product that will be launched in Q4, “Outlead.” This product is premised on the fact that SMBs want leads not lists. The business values 5,000 leads much more than a list of 50,000. By using a self-service format, SMBs can find the right customers fast using an online form with a “fill-in the blank” interface. Proprietary algorithms run behind the fill-in form to search the 220 million consumers and 20 million businesses InfoGroup tracks in the U.S. to pull out lead lists.

Hart closed by responding to a question about InfoGroup’s focus, indicating that it will remain the U.S. for the near term after exiting the U.K. She sees a lot of opportunity yet to realize.