On the blog this week, Mike B. noted that Google Hotpot had added new social features to Google Maps for Android, other platform to follow. Hotpot users can now tweet their GOOG Places ratings and reviews on Twitter, or ping nearby friends. And just to show how complicated the whole local world is getting, I took a stab at explaining the threats and opportunities in the Local Reviews Ecosystem.

The recent Social Local Media webinar emphasized socially, engaging local businesses and media companies need to become more active and not just have a page in a social site. Jed Williams shows us some examples. How traditional media can participate, growing roles of social in search, validity of data supporting the migration of advertising and marketing dollars to social networks, and mobile social synergies are among the topics we plan to discuss more of in the future. The rise of infographics also caught our attention at BIA/Kelsey’s Local Media Watch. So Mike pulled together a few to share from Facebook, Foursquare, Napoleon’s March and JESS3.

And of course no post on social media this week would be complete without mentioning @CharlieSheen and his taste for TigerBlood.

Here’s what we uncovered this week in socialsphere:

The Revolution & the School Board Meeting Will Be Tweeted
A portion of this Pew Research study focuses on social media sites like Facebook and Twitter as emerging tools for local and civic neighborhoods to interact. The study looks at three combined communities — Philadelphia, San Jose, and Macon — where about 32% of Internet users get local news from a social networking site, 19% get news from blogs, 7% get news from Twitter, and 32% post updates and local news on social networking sites.

Fake Reviews Hit the LameStream Media
Fake reviews have been around for a while, but Mike Blumenthal calls attention to a “lame expose” about deceptive hotel marketing practices from NBC’s 2/24 Today show. The report calls it “bogus customer reviews” and “photo fakeouts.” Some even trash the competition.

Tight SMB Budgeting Tips
Most small businesses can use all the good, free advice they can get. Typically, budgets and time are tight. Keeping it simple, Jackie Cohen gives us 10 ways for small businesses on a budget to get the most of a Facebook presence.

5 Social Upstarts
Jill Duffy shares tips on important social media trends, and insights on a few companies launched at the DEMO conference this week in Palm Desert, California. Duffy thinks both trends and companies will have an impact this year on the social local space. FetchFans sounds like it could help SMBs create social nets.

Brand Reputation
Marketers looking for a way to protect their brand may want to heed the advice of James Boutrous. He provides insight into guidelines for companies that allow employees to use social media related to their jobs, and points to some legal issues companies might face.

Twitter Changes Social Behavior
Gina Gotthilf explains Twitter trends that have had a major influence on changing social behavior, and analyzes what it means for marketers and businesses looking to use the platform. Since influence has become one of the most important metrics, she provides guidance on putting it into practice for businesses.

Facebook Gives Up the Goods
Facebook told congress it would share members’ phone numbers with third-party developers in a letter to two representatives, according to Nicholas Jackson. He steps through the process of removing personal information from profiles such as addresses you might not want to share.

5 Ways Social Gets Us Cozy
Zachery Sniderman serves up five ways to tap into the warm-and-fuzzy feeling found in a network of Facebook friends. While they act socially local, but many may physically reside in locations around the world. The methods range from creating a media hub or forum to posting pictures and media on the page.

Social Commerce to Reach $30 Billion In 2015
Booz & Co. estimates physical goods sold through social media will reach $30 billion in 2015, up from $5 billion this year. Sales of services through social commerce look equally promising. Matt Anderson provides an example from 1-800 Flowers in social networks Facebook and Hyves.

Segmenting Data For Profitable Returns
The one-size-doesn’t-fit-all adage should provide clues as to the best way to report the impact of social media marketing. Nate Elliott believes segmenting data will give marketing teams the best results. Elliott not only developed a structured model to deliver the correct social marketing data to the appropriate stakeholders, but he shares secrets on what data matters most to whom. 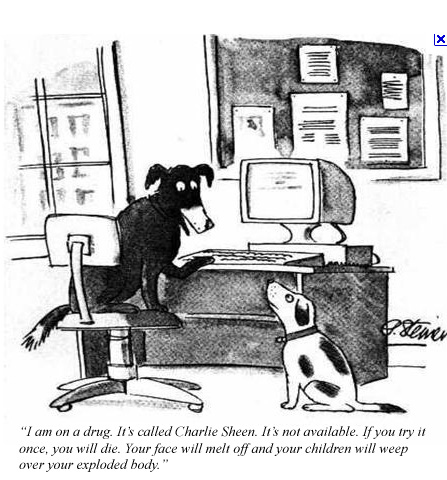 Your goal for the weekend: #Winning